Court Says “Not So Fast” to Tim McGraw’s Curb Departure 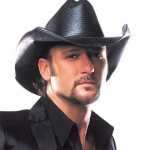 I was really surprised in November of 2011 when after a minor initial court ruling in favor of Tim McGraw against his label Curb Records, it resulted in a victory lap by the McGraw camp. All the court had ruled was that McGraw could begin recording music with another label, not that he wasn’t still under contract with Curb, or owed them reparations for violating his contract when he recorded the music for his album Emotional Traffic too early. As I said in my story on the November court ruling:

The win means McGraw is now free to record new music and pursue a new label “outside of his contract” with Curb, but in no way means he’s out of the woods. A full trial is set for July, when the decision will be made if McGraw was in breach of his contract, and if so, what the penalty is. Despite the win, McGraw may still be bound by certain elements of his Curb contract, and by court orders from the ongoing lawsuit.

However McGraw immediately began recording new music, signed with Scott Borchetta and Big Machine records, and stated plans to release a new single “Truck Yeah” on Tuesday all before the trial and penalty phase of his court battle had even began.

Now the court has ruled in favor of Curb Records to postpone the trial until it can investigate the legal relationship between Big Machine Records and Tim McGraw. But once again, some outlets are falsely reporting the story, saying that Curb won and now all the music Tim McGraw has recorded with Big Machine is now the property of Curb. This is simply what Curb records is requesting from the court because they feel Tim McGraw is still under contract with them, and so any music he records would be their property.

The actual finding by the court if in fact McGraw is still under contract with Curb Records, if he still owes them another album, or if the 20-something songs he’s recorded recently belong to Curb, will be decided in a trial set for July. You can read the full Curb Records request for the court HERE.

I don’t begin to have any idea what the court will rule, but I was really surprised at the confidence both Tim McGraw and Scott Borchetta approached their new relationship with, way before the trial with Curb had taken place, a trial whose date has been set for July 2012 since late last year. The fact that McGraw has now signed another contract without allowing the trial process to resolve, and then with Borchetta planning the unprecedented move of releasing competing singles with Curb’s material, I can only imagine the court looking unfavorable towards McGraw and Borchetta’s aggressive moves, just like they did to Mike Curb’s aggressive move of asking McGraw for a whole other album before releasing him from his contract.

What is clear is we are seeing a battle of epic proportions transpire on Music Row, whose implications and court decisions could set historic precedent and shape Music Row politics for years to come.