Curb Records is Trying to Mount a Comeback 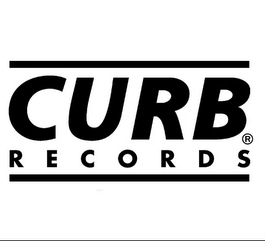 Over the last few years we’ve been witnessing what was once one of Music Row’s perennial powerhouse labels acquiesce its stable of artists to other companies after its disastrous practice of trying to retain talent by only releasing new records from artists every five years, and bombarding the public with repackaged Greatest Hits releases instead. Curb Records resorted to suing many of its own artists in hopes of them recording more music for the label and staying on, or to skim more original albums from artists than their contracts called for.

When LeAnn Rimes and Hank Williams III fought very public battles with the label, people chalked it up to a couple of artists with declining careers who couldn’t handle being professional. But after high profile and nasty exits by Hank Williams Jr. and then superstar Tim McGraw, the word was out on the streets about Curb Records’ unfair business practices.

About the only artists left on the label a few years ago were those riding out their contracts, Rodney Atkins who re-up’d with the label amidst domestic assault charges, and the label’s sole mainstream star, Lee Brice. But now it appears Curb is trying to retool, and entice established artists to the label. Whether it will work for either the artists or Curb, or if Curb will still continue their curious and sometimes unethical practices remains to be seen.

Remember when we thought Jerrodd Niemann was the biggest threat country music had ever seen? Before Sam Hunt became country music’s EDM / R&B superstar, Niemann released the groundbreaking single (for country), “Drink To That All Night.” When the song shot to #1, this is what opened the door for the whole “Metro-Bro” movement were in the midst of today. But the once respected country star proved to be a one trick pony, or one trick “Donkey” rather, when a single of the same name flopped so hard, it took Niemann’s entire country music career with it. Arista Nashville and Niemann parted ways, but as of March 24th, he’s one of Curb Records’ newest acquisitions. 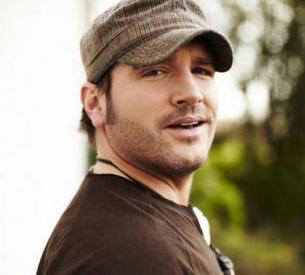 “One thing that Nashville has always been proud of is its heritage and I’m lucky enough to be a part of the most historic independent record label in the music industry and wear my Curb jersey proud,” Niemann said in a statement. Though Jerrod might be damaged goods, the signing of a veteran performer who surely heard all the rumors about Curb was still surprising. For his sake, hopefully Niemann had a savvy lawyer and made sure his deal isn’t tantamount to the forced enslavement some, if not many Curb artists have faced in the recent past.

Maybe even more surprising is that ten days before, Love & Theft, who were on the wrong end of Gary “if you’re not on radio you don’t exist” Overton’s bad attitude at Sony Nashville, also signed up with Curb. Again, it’s an act that tried its hand somewhere else and couldn’t find enough success to stay on, but one that still seems to have a lot of talent and promise if their recent single “Whiskey On My Breath” is any indication.

“We realized we had a chance to give fans a record that best represented us as artists when we decided to release the new album independently,” said Eric Gunderson of the duo. “By signing with Curb, who are an independent company themselves, we have an amazing opportunity to work with them while keeping our integrity as artists.”

We shall see, but as beaten and battered, and saddled with a sad reputation as Curb Records is, they still are one of Music Row’s most accomplished labels when zooming out to see the big picture of all the successful records they released in the 80’s and 90’s. And like Eric Gunderson of Love and Theft said, Curb is officially an independent label. Curb can still throw around a little weight when it comes to nominations for industry awards, or getting artists on the radio, which leads to the next bit of Curb Records retooling.

Last week as everyone was focused on the passing of Merle Haggard, Curb Records announced a massive restructuring of their radio promotions department, adding three new executives, one previously from Zac Brown’s Southern Ground outfit, and two previously of Sony Nashville. Just as much as the newly acquired musical talent, the radio promotions reshuffling and the salary commitments speak to the seriousness Curb has of resetting the business and making a new splash in the country music space.

And the new Curb acquisitions go beyond country. The label recently purchased the Christian music label Word Entertainment from the Warner Music Group in a deal that also included the label’s highly-valued Music Row real estate. The current home of Word is the old Capitol Records office building, which now will be one of many real estate holdings under Mike Curb’s control. You can’t help but notice Curb’s name everywhere when driving down Music Row, regardless of the stature the label might hold elsewhere in the business. Mike Curb was also one of the benefactors who eventually helped save Music Row’s historic Studio ‘A’ building.

Where will also of this activity with Curb Records lead? Does it bode well for one of mainstream country’s most promising young taditional country talents, the Curb-signed Mo Pitney? All of this remains to be seen. But one thing’s for sure: it’s not time to count out Curb Records just yet. Mr. Curb has finally opened his war chest, and is looking to rebuild what was once Music Row’s most formidable independent label.