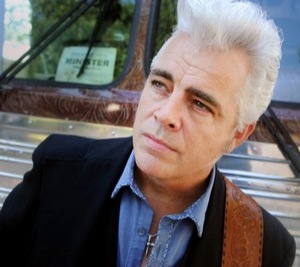 “Breaker breaker 1-9! Mercy that double eagle Dale Watson bus had the hammer down, he like to blow my doors off! The bears in the air better be alert!”

Look, any Dale Watson fan who is honest with themselves will tell you that Dale always makes good albums, but rarely makes great ones. Every album he puts out is slick enough, produced well, and is good at least for a few songs that you can pull out and find hard to get tired of. But Dale just isn’t a musician prone to thematic conceptualized expressions or sweeping linear narratives. He’s Dale Watson. His home and natural habitat is the honky tonk, and where the beer is flowing and the cigarette smoke is sticking to your clothes is where Dale Watson’s songs thrive. His albums make good home editions to the honky tonk experience, and hey, that ain’t bad.

Dale has also been pretty damn prolific over his career. It’s not unusual to see two or three releases from him in a given year, and he’s all over the place when it comes to the style, aside from everything being country, or as he would rather you put it these days, Ameripolitan. From proper studio albums, to offshoots like his Dalevis project, or his Cash-inspired The Sun Sessions, you never know what you’re going to get from Dale’s next release.

If you were anything like me, when you saw that Dale was offering up another Truckin’ Sessions album to complete the trifecta, you thought, “Hey, that’s cool.” The first one in the series went on to become one of Dale’s most popular records, and stimulated requests for a second one. But was there enough truckin’ songs in Dale Watson’s brain to justify the triumvirate?

Where the last installment in this series relied more on laid-back compositions, nuance, and storytelling, The Truckin’ Sessions Volume 3 is lively, hot, jumping, and as country (or Ameripolitan) as you can get. This isn’t an album of truckin’ songs that you sit back and listen to nostalgically, this thing takes a big arm cocked at a 90-degree angle like it’s about to give a hearty yank of the air horn, and instead grabs you by the gruff of your neck and pulls you right up into the cab of a serious diesel machine for one sensational ride. The Truckin’ Sessions Vol. 3 might not just be the best in the series, it might be one of the best Dale Watson albums to date. 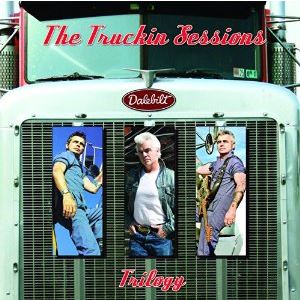 The reason truckin’ songs awaken something in classic country music fans is because they are instilled with the feeling of vitality of being out on the open road, while also being attached to a by-gone era. And there in the distance is always the forlorn reflection on the loneliness of living a life on the road. The key to a good truckin’ song is to not take it too seriously, to have fun with it, but to not be all ham and eggs either. Dale Watson finds that ideal balance on this 3rd installment, and beyond just being really damn fun to listen to, the album has some great variety of moods that do the legacy of the truckin’ song justice.

As strange as a suggestion as this is might sound, I’d listen to this album backwards the first time. It ends with “10/100” (the CB code for having to hit the head), which might be the fastest song Dale Watson has ever cut. The instrumental gets you in the mood for another smoking hot number, “Birmingham Breakdown”. He’s got the sentimental stuff here too like “I Live on Truckin’ Time”, the story songs like “Suicide Sam” and “Kitty Liang”, and a funny duet with the excellent Amber Digby called “Were Truckin’ Along”. The one song that’s not exactly about truckin’ is “Big T’s” about a roadhouse just outside of San Antonio that Dale went to one afternoon to see about buying a juke box and went off and bought the whole thing. Beyond being the beer joint’s new theme song, it’s not a bad little song in itself.

But for my money, the gem of The Truckin’ Sessions Vol. 3 is “Lugnutt Harry”, a country funky tune that sounds like something the Grateful Dead could have cut back in the day and evokes memories of Jerry Reed. Aside from the song “Phillip At The Station” with the transparency of the line, “When you fill up at the station, you’ll see Phillip at the station,” there isn’t a bald tire in the bunch, and Dale outdoes himself in carrying the legacy of the country tuckin’ songs into a new decade.

Should Dale Watson start to be considered for induction as a country truckin’ song overlord in the company of Dave Dudley, Dick Curless, and Red Sovine? They were the originators, but Dale is definitely making a strong case that he is the best modern day equivalent.

Whether you want to buy the whole trilogy or just this installment is your truckin’ business. But if you’ve never listened to any of them, The Truckin’ Sessions Vol. 3 is definitely the place to start.

NOTE: The word is that The Truckin’ Sessions Vol. 3 WILL be on sale individually for those that already have the first two installments, though I have been unable to run down a location where that particular version of commerce can transpire, or information of where that might be happening in the future. My suggestion would be to purchase the MP3’s individually from Amazon, iTunes, etc., and look for them at live shows. If more information or a link becomes available, I will add them here.