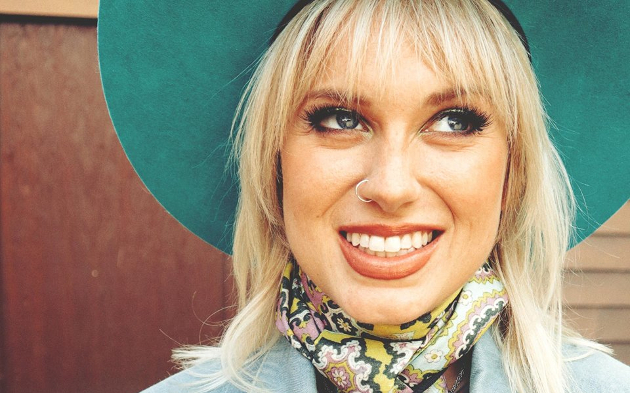 Some women might feel “empowered” these days, and decide they don’t need men to open doors for them. Then there’s a woman like Darci Carlson, who will outright leverage her good looks to work a bar for free drinks and whatever else she can get her hands on, go home with the richest man she can find, and leave him brokenhearted the next morning with his weed stash tucked in her purse. And when it’s all said and done, she’ll have the audacity to write a song about her conquests, c’est la vie.

If there was ever a personification of the ladies canonized in Hank Williams Jr.’s self-penned tune “Outlaw Women” from Whiskey Bent and Hell Bound, it would be Darci Carlson. Or at least that’s the character she portrays in her new, self-titled album with convincing authority. Only appropriate she includes a cover of the Hank Jr. classic on this new record. And whether these tunes are true to life stories of drug-infused carousing that are meant to be fun vicarious romps of uninhibited mind play by the listener, or cautionary tales about the kind of men and women you may encounter on life’s winding path, it makes for some good country music, especially if you like to dabble on the dark side of the genre.

A native of the Seattle area, Carlson started a songwriting duo in 2010 called The Dolly Rottens. Then while starring in various music videos, she met Billy Gibbons of ZZ Top and got booked on the band’s 2012 Gang of Outlaws tour. Upon her return home she began working with some of Seattle’s underground country artists such as Billy Cook of the .357 String Band, and former bassist for Bob Wayne’s Outlaw Carnies, Dan Infecto to release a well-received EP called Release Me. Darci Carlson’s not just a pretty face. She writes her own songs, and she’s been nominated for the Ameripolitan awards numerous times, winning Female Outlaw of the Year in 2017. 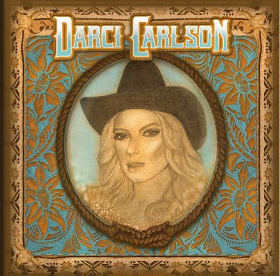 This 9-song, self-titled release definitely has a more rock edge compared to the honky tonk style of her first album, and for good reason. Darci Carlson saddled up with fellow Seattle musician Kelly Gray of Queensryche as a producer for this new project, with Darci hoping to distinguish herself from the sameness of projects emerging from the much more heavily-covered Nashville and Texas scenes. This certainly comes through in the tracks, with an attack and abandon that is a place apart from the straight-laced style of country, though the songs and the approach is definitely still country music at heart.

Nothing is held back on the album, with all the swear words, drug references, and scandalous incidents sung about unedited and unabridged as Carlson takes her raspy mezzo-soprano into stories of dancing in her skivvies, hitchhiking with truckers, and taking shots of cocaine as she scampers away from some guy trying to tie her down. Ma and Pa Kettle back home would be appalled to hear of such behavior, but Darci Carlson’s harrowing tales come straight from many Outlaw and underground artists, only sung in the female perspective.

She also leaves room for heartbreak, emotion, and vulnerability in the songs “Surrender,” “Indian Summer,” and a remake of a previously-recorded song, “To The Moon and Back.” Her second pass though the single of the album, “Wild, Reckless, and Crazy” takes a more somber, almost regretful meaning when delivered stripped down and acoustic, relating that there’s consequences to the careless life.

Similar to Darci Carlson’s first album, the recordings here are rough-hewn, and spray painted with a DIY spirit that will appeal to some, and be found as fault with others. The approach doesn’t fit with any current relevant style craze sweeping through the Texas music or Americana crowd. It is dated, but in a good way. This album reminds you of one of your favorite records from the late 90’s or early 2000’s that you listened to over and over until you wore out the groves, and still return to because of a familiarity you don’t feel with much of today’s music.

For the traditional country crowd, they may have been hoping for some more steel guitar like the kind featured on Darci’s first record, and will probably be turned off by the lyrics anyway. Carlson is singing for lost souls here, or for those who used to be lost, and still find appeal in that rugged and raw style of underground country that has gone even more underground in recent years due to the disappearance of a cohesive scene.

Not for everyone, but for those who like their country music dressed down, juiced up, and DIY style with no frills, Darci Carlson’s self-titled release is a raucous good time.