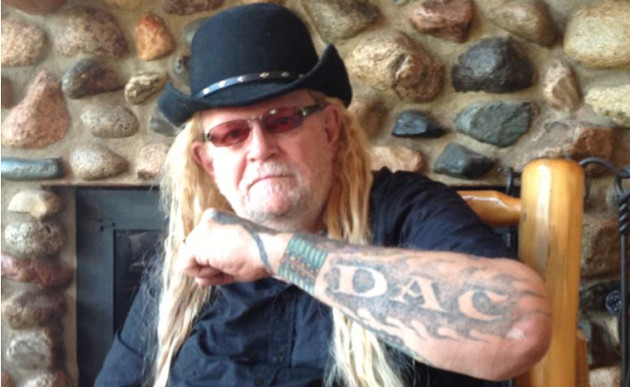 Fans of country legend David Allan Coe are concerned about the singer’s well being after numerous reports surfaced about his hospitalization due to multiple strokes. However members of his band refute those reports and instead say it was an inner ear infection that caused symptoms similar to a stroke, but ultimately were tied to the much more minor ailment.

David Allan Coe was first hospitalized on Thursday (2-22) due to the stroke-like symptoms, and his show at the Machine Shop in Flint, Michigan for February 24th was canceled due to the health concerns. After Coe was hospitalized, the initial prognosis was a stroke or strokes because the 78-year-old was dealing with vertigo and other stroke-like symptoms, but ultimately doctors determined they were side effects from an ongoing inner ear infection Coe has been dealing with for several weeks.

This information was later confirmed by David Allan Coe’s lead guitarist, BeeBe Lee, and other members of Coe’s entourage. Coe is expected to be out of the hospital by Saturday (2-24) morning, and to be at the Iron Horse Saloon in Daytona Beach, performing from March 9th thru 17th at 4 p.m. daily. The Machine Shop show in Flint has also been rescheduled for Friday, April 20th.

“David and Kim are doing good and looking forward to getting back on the road,” says BeeBe Lee. “You can’t keep DAC down…. See Y’all in Daytona!”

David Allan Coe has reportedly been working on a new album to be released by Average Joes Entertainment some time in 2018.