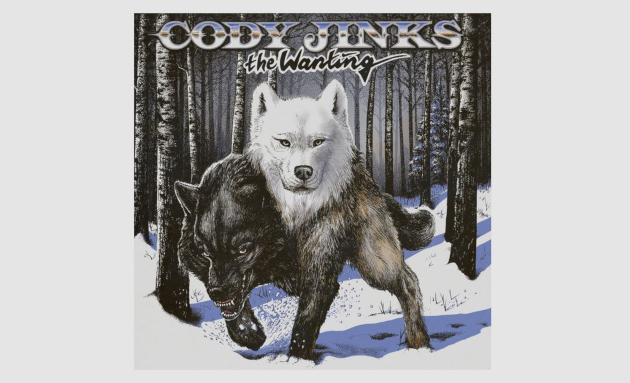 Well the cat’s out of the bag. We’re not just getting one new album from Cody Jinks in 2019, we’re getting two. The first we’ve known about for a while and is called After The Fire due out October 11th with what appears like a campfire shooting the middle finger on the front. Then the next week, on October 18th, we’ll get another record to be called The Wanting with a two-headed wolf on the cover.

This was what was behind the Cody Jinks camp warning us to “expect the unexpected” this fall when they first announced After The Fire in May, but it wasn’t the only thing. Along with the sibling records, Cody Jinks is taking the lead in doing something about the lack of liner notes that accompany many of today’s digital releases, and that especially affect the songwriters and musicians whose names and contributions get lost in the streaming era.

As part of the release of After The Fire and The Wanting will be a dynamic new website feature from Cody Jinks. Not only will it be the location for fans to find out who the songwriters and respective musicians are on each song, it also contains a description of the song from Cody or perhaps another songwriter on the track, talking about the inspiration for the song, and/or how it came to be written. This is all part of Cody’s effort to put extra emphasis on the songwriters he collaborated with on the two records.

“I flew to Nashville last year and met up with Ward Davis and Greg Jones in my hotel room to write,” Cody Jinks says about the first song released from the two albums called “Same Kind of Crazy As Me.” “We were sitting around, thinking about some ideas. Greg and Ward have been close friends for a long time and have written a lot of songs together. Ward and I have been friends for several years and got some good ones, too. Greg and I didn’t know each other well at that point, but we are both two of Wards’ closest friends. Ward mentioned that we were all the same kind of crazy. We were off to the races. The groove and attitude of that song say everything: I’m not going to be at church on Sunday and I don’t care about your politics, but I’ll damn sure help you when you need it.”

Similar descriptions accompany each song. Some of the songwriters Cody Jinks worked with on the new records include familiar names to Cody fans such as the aforementioned Ward Davis, Tennessee Jet, Paul Cauthen, Rebecca Jinks, and Josh Morningstar, along with other names some may recognize such as Larry Hooper, Casper McWade, Jamie Richards, Jaida Dryer, and Jamey Johnson guitarist and songwriter, Chris Hennessee. Cody’s band also gets some songwriting credits on an instrumental called “Tonedeaf Boogie” that appears on After The Fire.

After The Fire will be available for full pre-order on September 15th, and The Wanting on September 19th. Also expect multiple new songs coming from the albums ahead of the release dates. Stay tuned.