Details Revealed for New Cody Jinks Record “After The Fire” 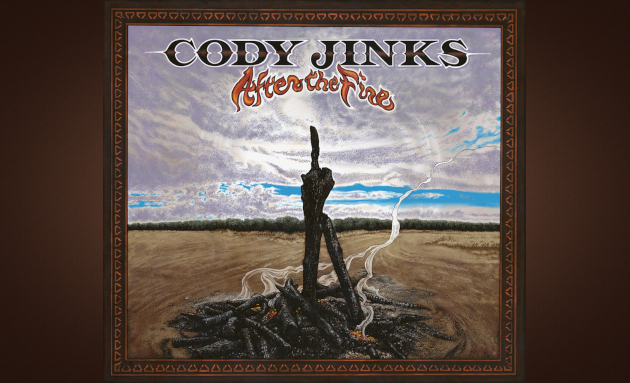 As first reported by Saving Country Music in early June, a new album by Ft. Worth native and surging independent country traditionalist Cody Jinks called After The Fire will be released on October 11th. Now we have the album art and track listing to accompany the news. To be released on Cody’s own label, Late August Records, After The Fire will include 10 news songs, including a remake of a song called “Think Like You Think,” which appeared on a semi-obscure release from Jinks called Collector’s Item in 2008.

After releasing his first few records on his own, and receiving widespread critical acclaim and posting surprising numbers for his 2015 record Adobe Sessions, Jinks signed a deal with Thirty Tigers to release 2016’s I’m Not The Devil. The record became Cody’s breakout smash, selling over 70,000 copies at last count and racking up huge streaming numbers. This led to Cody Jinks signing with Rounder Records to release 2018’s Lifers. He’s decided to go it alone once again for After The Fire.

In late April, Cody Jinks shared numerous photos from the studio as he worked his way through recording new music. Once again Cody Jinks has chosen the Sonic Ranch complex out in West Texas near El Paso to record the new album. It is the same place Cody recorded Adobe Sessions, and the title is an homage to the secluded recording spot. Cody’s I’m Not The Devil and Lifers were recorded there as well. Jinks went back into the studio in June to finish the record up.

The Cody Jinks camp has also put fans on alert to “expect the unexpected” from the new release, and it might be tied to the new fan club. “Once the fan club is open for business, that’ll be the place to be if you want in on pre-sales. It’ll also be the place to be for a few surprises…” Cody Jinks says. And don’t worry, “expect the unexpected” is not some signal for a major shift in musical direction. Saving Country Music has been assured the new album is definitely country.

After The Fire, Cody Jinks