Did ACM’s Break or Change Rules for Thomas Rhett’s “Die a Happy Man” Song of the Year Win? 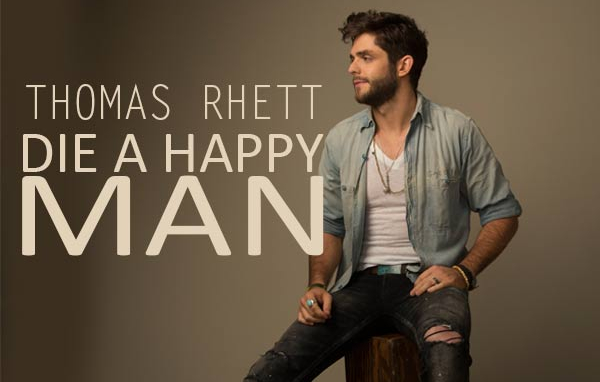 Big Machine recording artist Thomas Rhett clearly had one of the biggest nights of the 2017 ACM Awards Sunday evening (4-2). Walking away with Song of the Year for “Die A Happy Man,” and one of the biggest awards on the night, Male Vocalist of the Year, it puts the 2nd generation songwriter and performer on sure footing to become a major arena-level country music franchise in the coming years—something Big Machine Records has been grooming Rhett for recently.

But there appears to be a problem with the eligibility of “Die A Happy Man” for the Song of the Year distinction it was awarded.

Some fans began to smell something fishy when they noticed that “Die a Happy Man” won the ACM Award for Single of the Year at the 2016 ACM Awards. How could the song still be eligible if it was eligible for the 2016 awards as well? The answer is that it either wasn’t, or perhaps the ACM Voting Criteria was changed to make the song eligible. Either way, it appears that Thomas Rhett and “Die A Happy Man” were either given special treatment by the ACM’s to make it eligible, or a gross oversight occurred.

According to the complete Academy of Country Music Awards Voting Criteria (CLICK HERE), it clearly states, “The voting eligibility period is November 26, 2015 to November 23rd, 2016 for all awards.” The only exception is radio awards, meaning awards for radio stations and DJ’s. Here is the rule:

Looking at the nominees for Song of the Year, most of the songs were released as singles and came to prominence easily within this eligibility window. One slight exception is Chris Stapleton’s version of “Tennessee Whiskey.” The song was never released as a single so it’s harder to time stamp, though it did reach #1 on the Billboard Hot Country Songs chart during the ACM eligibility period, and did receive enough radio play to chart at #57 on Country Airplay chart during the eligibility period as well.

The only outlier that doesn’t fall within the ACM’s stated eligibility period is Thomas Rhett’s “Die A Happy Man.”

Furthermore, Thomas Rhett released three other singles during the eligibility period that could have been considered ahead of “Die A Happy Man” for Song of the Year, those being “T-shirt” (February 16th, 2016), “Vacation” (June 13th, 2016), and “Star of the Show (October 3rd, 2016). But of course, none of these songs fall under the more traditional definition of a “Song of the Year” (though you could easily say “Die A Happy Man” doesn’t either).

Granted, “Die a Happy Man” did officially chart and receive radio play at the very tail end of the ACM eligibility period, and the release of the song is not the only demarcation a song can use to be considered within the ACM eligibility window. Nonetheless, it seems quite strange that a song that was awarded Single of the Year in a previous year, and was initially released outside of the eligibility window, would be considered for Song of the Year the next year.

So is something unscrupulous going on here? Just pointing out that “Die a Happy Man” was initially released outside the eligibility window does not present the smoking gun one would need to make that accusation.

But this is where it gets tricky, and potentially problematic for the ACM’s and Thomas Rhett.

Not only does the official Academy of Country Music Awards Voting Criteria clearly state, “The voting eligibility period is November 26, 2015 to November 23rd, 2016 for all awards,” it also reiterates this eligibility under every single category, and in bold, for each of the awards. This includes Single of the Year, Album of the Year, Male Vocalist, Female Vocalist, Entertainer of the Year, Vocal Duo, Vocal Group, Vocal Event, Video, and even goes down to the instrumentalist awards, venues awards, Producer of the Year, and everything else. Below is an example from the ACM Voting Criteria how every category includes this redundant stipulation that each category’s eligibility period is November 26th, 2015 to November 23rd, 2016 for the most recent round of awards.

This still doesn’t present a “smoking gun” against the ACM Awards though, proving they gave an exception, or possibly turned a blind eye for Thomas Rhett. Perhaps they have different requirements for Song of the Year for a specific reason, and a reason they don’t necessarily have to divulge to the public. Perhaps they want to take an additional year of time to let songs prove their muster before giving them the Song of the Year distinction (though they haven’t done that in previous years. More on that later).

But the problem is that if the true eligibility period for the ACM Song of the Year was November 27th, 2014 to November 25th, 2015, this would disqualify all the other nominees for Song of the Year. In other words, “Humble and Kind,” written by Lori McKenna and performed by Tim McGraw would not be eligible, nor would Miranda Lambert’s “Vice,” or Keith Urban’s “Blue Ain’t Your Color,” or Eric Church’s “Kill A Word.” Again, Chris Stapleton’s “Tennessee Whiskey” falls into a gray area because it wasn’t a single, but even this would be hard to qualify under the stated eligibility period for Song of the Year. All of these songs were released too late to be eligible, and since this is before these songs were released, there is no gray area of when a song actually fell off the charts, or is no longer eligible.

So either Thomas Rhett’s “Die A Happy Man” is ineligible, or all the other songs in the Song of the Year category are. This would seem to present the “smoking gun” that either “Die A Happy Man” was entered incorrectly into the category, or the rules were potentially changed or overlooked at some point to allow its entry.

Looking through all the other release-sensitive categories like Single of the Year, Album of the Year, and Video of the Year, these categories all have nominees that easily fit into the clearly-designated eligibility window. “Die A Happy Man” is the only outlier throughout the entire ACM Awards cycle this year that appears to be ineligible.

But what about previous years? Did the ACM’s wait an extra year to nominate or award the winner of Song of the Year compared to every other category? No, they didn’t. Here are the nominees for Song of the Year from the previous ACM Awards cycle:

Except for Eric Paslay’s “She Don’t Love You,” which misses the eligibility period by about six weeks, but was a slow burner on the charts, and did not even debut on the charts until November 22nd, 2014, all of these songs don’t just fall into the stated eligibility window for the 2016 ACM Awards, they fall into the what is being stated as the eligibility window for the 2017 awards as well. That means the Song of the Year field from last year is more qualified than this year’s, according to the ACM’s voting regulations.

What happened here is someone either forgot to update the Song of the Year eligibility window from the previous year in a clear oversight in the Academy of Country Music Voting Criteria, inadvertently disqualifying four of the five candidates for the 2017 Song of the Year, or the eligibility was changed to make up for “Die A Happy Man” being too old to be qualified, or, knowing “Die A Happy Man” was not qualified, they still nominated it and allowed it to win.

The ACM Awards have been caught breaking their own rules in the past, and to the benefit of another Big Machine Records artist. In 2014, Justin Moore was nominated, and then won the 2014 New Artist of the Year award, despite his sales numbers disqualifying him according to the ACM Awards’ own rules.

The response from the ACM President Bob Romeo at the time is probably a similar to the one that will greet the new ineligibility issue, which is assurances that the ACM’s can bend or break their own rules as they wish.

“The Board finds that being in step with trends and acknowledging the country music landscape has improved our process and guaranteed the best candidates over the years. This decision is in line with our criteria, and the Board’s right to be flexible in our efforts to be inclusive vs. exclusive of a young artist who has had budding success,” they said about Justin Moore’s New Artist of the Year.

The new President of the ACM’s is former Grand Ole Opry General Manager, Pete Fisher. Saving Country Music reached out to the ACM’s for clarification on the issue, but emails were not immediately returned.

These rules are put in place to make sure no opportunities for impropriety can creep into the awards show process. Though taste is always subjective, many believed that Tim McGraw’s “Humble and Kind” written by Lori McKenna was a clear favorite for Song of the Year entering the 2017 ACM Awards. Does “Die A Happy Man” really fit the profile of a Song of the Year as one “with emphasis on creative integrity” as the rules state?  Creative integrity is subjective, but the eligibility window is not. The fact that “Die A Happy Man” was either not eligible, or the rules were potentially changed or broken to make it eligible, calls into question the entire ACM Awards process once again.