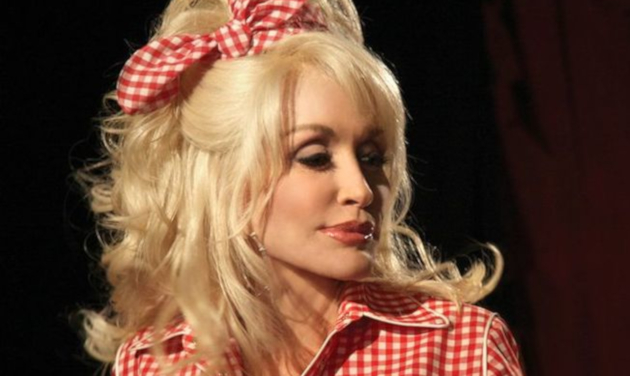 Beginning last October, New York-based public radio station WNYC started airing a podcast about the life, impact, and influence of Dolly Parton called Dolly Parton’s America. In the ninth and final episode of the series called “She’s Alive” (listen below), the podcast explores Dolly Parton’s philosophies on sin, redemption, and the afterlife. As a person of faith, Parton’s thoughts are probably what you would expect, with her own Dolly twist.

“You don’t really know, you just hope, and you have faith. That’s what faith is,” Parton says about the afterlife. “I think it’s not the end of me. I don’t think it’s the end of any of us. I think we’re recycled and if nothing else we just go back into that great flow of divine energy and hopefully we spread ourselves around in other wonderful ways.”

We also learn in the podcast something about Dolly Parton’s musical plans after she passes away, and they’re quite complex. Caching musical material for after you’re gone is not unheard of. According to Merle Haggard, he hoarded some 300 to 400 unreleased songs in a collection he called “The Archive” for the express purpose of releasing them after he died. Haggard passed away in 2016, and so far we haven’t heard any of that unreleased material, but hypothetically it’s still out there, ready to feed ears hungry for The Hag in the future.

When Loretta Lynn signed with Sony Legacy Recordings in 2014, she revealed she had been working with John Carter Cash in the Cash Cabin Studio, and had recorded over 90 songs to be released in the future, some re-recordings of her classic material, and some new stuff. Some of those songs have been released on her last two records Full Circle and Wouldn’t It Be Great, but this would still leave reams of unreleased material, not to mention music she’s perhaps recorded since 2014.

But Dolly Parton’s approach to archiving songs for a future she’s no longer living in is something completely unique. As she reveals on the new podcast, she’s got a lot of material ready to go when she dies, and a plan of what to do with it.

“I’m one of those people that believe in being prepared,” Parton explains. “I don’t want to ever leave my stuff in the same shape like Prince or Aretha or anybody that don’t plan ahead … I’ve got hundreds, hundreds, even thousands of songs — a big part of them have never even been recorded. There’s enough stuff to go on forever with my music, to do compilation albums, to do new and original stuff.”

And what exactly can be done with it? According to Dolly Parton, just about anything. Instead of just recording complete songs, Dolly is making an archive of vocal performances set to click tracks so the audio can be utilized in all manner of ways in the future, and however someone wishes. In this case when talking about “click tracks,” Dolly means a studio tool to make sure the rhythm is true, not drum loops.

As strange as this sounds, Dolly’s plan alleviates some of the ethical quandaries we’ve seen with the material of other deceased artists in the past. Unfinished songs from Hank Williams, Woody Guthrie, and others interpreted by modern artists into new projects have caused some fans to ask if this would have been in line with the wishes of the original artist. And since Dolly has no children to fight over her estate, it’s her wishes that will be met according to the guidelines she has laid out.

As disturbing as it may seem for some to envision an electronic artist releasing a song voiced by Dolly Parton some 150 years from now, Dolly Parton has become so revered and iconic in popular culture, and across political, social, and geographical lines, her voice and songs are almost like their own instrument, or genre. And according to Dolly, it’s a genre and a voice that will be around well into the future.