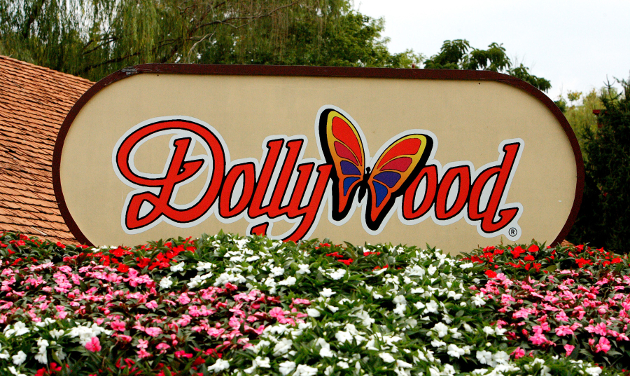 This story has been updated (see bottom).

Over 100 structures have been destroyed, and over 14,000 residents have been evacuated from downtown Gatlinburg and surrounding areas in eastern Tennessee as massive wildfires threaten the area, including Dolly Parton’s Smoky Mountain resort Dollywood in nearby Pigeon Forge. A small fire started on Chimney Top Mountain quickly grew from 50 acres to over 500 over Sunday night due to drought-like conditions that are the worst in nearly a decade, and strong winds sometimes reaching over 70 mph ahead of an approaching cold front and storm system. This put the entire region in a perilous situation as local, regional, and national resources were mobilized to try and contain the blaze.

Multiple resorts in the area have sustained significant damage in the wildfire, including Black Bear Falls, which has reportedly lost all of their cabins, and Westgate Resorts. Evacuation orders still remain out for Downtown Gatlinburg, Mynatt Park, Park Vista and Ski Mountain in Gatlinburg, and for the southern portions of Pigeon Forge, which includes portions of the Dollywood Resort.

Dollywood released a statement late Monday evening about the situation:

We will assist fire fighters and rescue personnel in any way we can and will provide details of any further developments as and when they are available.

According to Dean Flener with the Tennessee Emergency Management Agency, the National guard has been deployed to the area to help clear roads and assist firefighters. “We have had the state of emergency center evacuated in Nashville since the start of these wildfires many days ago. We are in full activation mode,” he tells WATE.

The good news is a large complex of storms blew through the region Tuesday morning, dumping rain on the affected areas, and ushering in cooler, and calmer conditions in the area. However evacuations orders remain in place, and crews continue to battle the fires. With an 80% chance of more rain and thunderstorms Tuesday night into Wednesday, the wildfire situation is expected to continue to improve.

11-29-16, 7:45 p.m. CST: According to Dollywood, the park itself remains unscathed in the wildfires, but more than a dozen cabins managed through Dollywood’s Smoky Mountain Cabins were damaged or destroyed in the blaze. Dollywood has suspended park operations beginning Wednesday, November 30. The park will reopen on Friday, Dec. 2. Dollywood’s DreamMore Resort will be open on a limited basis.

Dolly Parton has also released a statement about the fires:

I have been watching the terrible fires in the Great Smoky Mountains and I am heartbroken.  I am praying for all the families affected by the fire and the firefighters who are working so hard to keep everyone safe. It is a blessing that my Dollywood theme park, the DreamMore Resort and so many businesses in Pigeon Forge have been spared. – Dolly Parton