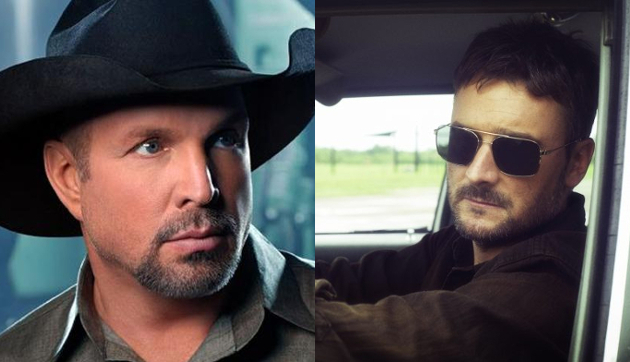 Well well well. Eric Church has a new album, and a new song to promote in “Desperate Man” co-written by Ray Wylie Hubbard, and in a new cover story for Rolling Stone, Church comes out swinging in multiple directions, not caring about whatever collateral damage it may cause him in the usually pacified mainstream.

When speaking to the publication about losing the CMA for Entertainer of the Year in 2017 to Garth Brooks, Church had some choice words for Garth, who chose to lip sync his performance of “Ask Me How I Know” after complaining that his voice was too worn out from multiple performances on the road.

“That pissed me off,” Church says patently. “To me, lip-syncing is and always will be a red line. It’s fabricated. I don’t want young artists thinking it’s OK, because it’s not … So the winner of the biggest category of the night lip-synced in the biggest moment on the show? Fuck that! And I didn’t like his excuse at all. I felt like he was speaking for the other nominees. I can speak for myself—I’m not lip-syncing. If I can’t sing, I won’t sing, or I’ll sing badly. But at least you’ll get what you get.”

Eric Church says he was fine with losing to Garth for Entertainer of the Year, even though he thought if it was going to happen for him any year, 2017 might be it. He did walk away with Album of the Year for Mr. Misunderstood. “I’ve lost a lot of awards. [But my wife Katherine] was sitting there beside me, grinning through her teeth, going, ‘I’m about to Kanye this thing.’ ”

Part and parcel to his lip sync comments, Eric Church also lashed out at the technological incursion currently happening in country music. “The great thing about country is where it came from. It can change and evolve, and it should. It’s a big umbrella. But we can’t let it get so wide that we don’t know where the middle is. Country is not about hay bales or a fiddle. It’s about emotion and the organic way we make it. We don’t use machines. We use instruments.”

If Eric Church wanted to stir the pot ahead of the release of Desperate Man October 5th, he most certainly has done that. Now we’ll have to wait and see what the fallout and responses will be. This is not the first time Eric Church has stepped out of line. He also once criticized reality TV stars who make the leap to country music.