Eric Strickland Does It Again On “I’m Bad For You”

Over the last few months we have finally begun to see a few success stories be made of some excellent songwriters that sat under the radar for way too long—folks like Sturgill Simpson and Leroy Virgil of Hellbound Glory. If you were looking for another name of a songwriter that’s been criminally overlooked for too long, and has that uncompromising honky tonk sound like Dale Watson and Whitey Morgan, then the man you seek is North Carolina’s Eric Strickland, and his backing band The ‘B’ Sides.

Eric Strickland is Country with a capital ‘C’ and couldn’t make a bad album if he tried. He may be more locally-oriented than the other big names in honky tonk music, but gives up nothing to his more well-known comrades when it comes to cutting songs and records. 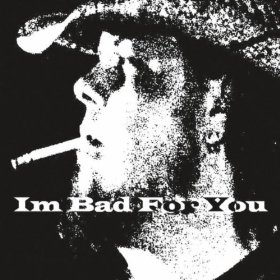 At the heart of Strickland’s appeal is his ability to take what on the surface may seem like tired, clichÃ¨ country themes, and give them a fresh, new feel. Take “whiskey” for example, maybe the most worn out word in country music. His last album Honky Tonk Till I Die ends with the song “Drinkin’ Whiskey” that went on to be nominated for SCM’s 2012 Song of the Year. Strickland starts off I’m Bad For You right where the last album ended, with the excellent booze-drenched “The Whiskey Seems To Always Change My Mind,” pulling you in with its walking bass line in the chorus and cutting, true lyrics.

Strickland serenades even harder stuff later on the album with another standout, the chicken-picking “Methamphetamines.” This leads into the album’s best ballad, “Brandy On My Mind” written by ‘B’ side guitarist and harmonizer Gary Braddy. The song “I’m Bad For You” is another great honky tonk classic belted out with just as much bravado as honesty.

The album concludes in two rousing live tracks–a real treat because as Eric Strickland fans can attest, as good as his albums are, his live show may even be better. His backing band The ‘B’ Sides are more seasoned than some bands that play 280 shows per year. All you you need to do is listen to their rendition of Little Richard’s “Lucille” and you’ll hear it for yourself. It’s got some of those moments that make it feel like a feather is being raked on the back of your neck. It’s followed by an excellent live version of “18 Wheel of Hell On The Highway” from Eric’s last album.

One concern with I’m Bad For You is that after the first song, the album slows the tempo down, and stays there for quite a while. No song is bad, but this doesn’t really allow the album to suck you in. But with the overall line up of stellar songs on this album, it rivals any other released so far in 2013.

Real deal, true blood, hard driving, but daring to be sweet in moments, Eric Strickland and The ‘B’ Sides are doing their part to save country music. Now it’s time to do your part by giving them your ear and attention.

Preview & Purchase Tracks from I’m Bad For You