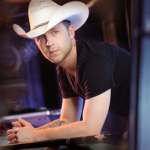 Louisiana fiddle player Britton Curry and songwriter Bobby Carmichael claim that they wrote the song in 2003, and registered the song with the US Copyright Office. When attempting to sell the song in Nashville in 2005, Curry and Carmichael say that another songwriter Jamie Paulin “heard and/or secured the song” and took it for his own. Jamie Paulin, along with Justin Moore are listed as co-writers on “Backwoods”, along with Jeremy Stover who is a co-writer on many of Moore’s songs. Apparently the original song has nearly identical lyrics, pitch, and rhythm to “Backwoods”. “The lawsuit speaks for itself,” says Bobby Carmichael’s attorney.

Carmichael and Curry are asking for $150,000 each for each copyright infringement on the song. “Backwoods” has been downloaded 300,000 times, rose to #6 on the Billboard country chart, and the album it appears on has sold half a million copies.

Justin Moore inserted himself right in the middle of the debate about country music’s “new Outlaws” when he released an album and song called “Outlaw Like Me” in June of 2011. The album was generally panned by critics (including this one) for being rife with country music stereotypes and laundry list songs, just like “Backwoods”.