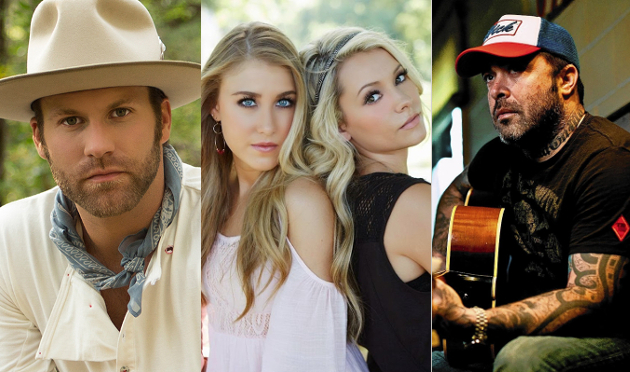 What we know for sure is that Dot Records is no longer a label, at least for now. What we don’t know about is the fate of some of the artists that called the label home.

Dot Records, which was first formed in 1950 and has released a host of various music styles over the years, was relaunched to be an imprint of Scott Borchetta’s Big Machine Label Group in 2014, and has now officially been dissolved. Likely weeks after the plug was pulled, Scott Borchetta confirmed this information to Billboard in an interview with Chris Willman on Thursday (3-23), stating that the Big Machine Label Group had grown too big and was “starting to do a lot of the things that I didn’t like about major labels.” Overall Scott Borchetta estimates that Big Machine has let go “probably 12 or 13 ­artists over the last 16 to 17 months.” The article also says that The Band Perry left the label group “voluntarily.”

We know for sure that certain executives within the Dot organization made the transition to Big Machine proper when Dot was shuttered, while others moved on. We also know that artists Carly Pearce and Tucker Beathard survived the restructuring, because apparently they were more part of Big Machine to begin with. Aerosmith frontman Steven Tyler is not part of the transition from Dot to Big Machine because he was only on a one album deal, Scott Borchetta confirms.

That leaves Maddie & Tae, Drake White, and Staind frontman turned country artist Aaron Lewis with an uncertain future. Season 15 American Idol winner Trent Harmon also is part of the former Dot group. Why can’t we say for sure that these three acts were dropped in the dissolving of Dot? Because Dot Records was a joint venture between the Big Machine Label Group and Universal Music. Since these artists were signed jointly with the two label groups, Universal still could choose to transition one or all of these acts to one of their labels, or sign off on Big Machine taking sole control of their contracts. This means a major label deal might not be over for Maddie & Tae, Drake White, and the others just yet, but must be negotiated between the two labels before they can move forward.

If or when that will happen is anyone’s guess, and in the meantime this leaves the artists on pins and needles, and in limbo. Maddie & Tae burst onto the national scene in 2014 with their blockbuster anti Bro-Country anthem, “Girl in a Country Song.” Since then the duo has struggled to find the same success on country radio, but is still seen as one of the promising up-and-coming acts in country. Drake White is a critical favorite of mainstream country, and was seen as one of Big Machine’s more Americana style new artists, while Aaron Lewis released a decidedly traditional country record called Sinner in 2016, including the protest song “That Ain’t Country.”

Dot Records was very much the Big Machine imprint that catered to artists that didn’t fit the traditional mainstream country mold. Now it remains in question if these artists will have a home in the mainstream at all, while fans of the artists continue to wait for answers.