10 years into the music game is when you’re supposed to start screwing everything up so that curmudgeon fans can complain about how your new stuff will never sound as good as the old. Someone forgot to clue Folk Soul Revival in though, because they’ve done hauled off and put out what might be their best record yet, and a full decade and five albums into the business.

I know, if you’ve never heard of Folk Soul Revival before, just the name might evoke images of post grads turning in their anthropology degrees for banjos and suspenders. You can almost hear the whoops and hand claps now. Sorry to disappoint you, but all you’ll hear on this new, self-titled record is hot shit pedal steel and lead guitar chicken pickin’ served with a side of gravy and some pretty damn good songs.

That doesn’t mean Folk Soul Revival doesn’t have a history as a string band because they do, and the name probably fit the music better back then. But that also doesn’t mean they were trend chasers or lacking in self-awareness. In fact these surly bastards named their third record Prompting the Dapperness, satirizing the whole Mumfordization of string music earlier this decade. 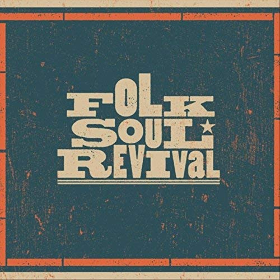 However they got here, Folk Soul Revival has both feet in by god country music now, with the soul components indicative of Southern rock most certainly palpable, and a revival of the country music spirit at the heart of this work. Self-titling this record also symbolizes this is clearly the direction the band wants to point their nose moving forward, and with the results, you won’t hear any complaints registered from the revivalist side of the country world.

Regulars at places like Floydfest, Bristol Rhythm & Roots, and the Carter Family Fold, Folk Soul Revival’s home base of Southwest Virginia puts them right in the heart of the country music homeland, and at the crossroads of Kentucky bluegrass, old-time Appalachian, and original country. All of these roots are conjoined to make the original Folk Soul sound, but what makes this self-titled record so distinct is the more Outlaw, roadhouse style the music carries. The country twang of the guitars it’s probably the biggest takeaway from this record. But there’s a bit of a classic rock feel as well. This is punctuated when they cover Little Feet’s “Willin'” for the final track—a fairly obvious choice that’s been done often, but one they do well.

The theme of the songs is very country though, speaking one after another about struggle and heartache—something folks from the country know about more per capita these days than most. The opening song called “Other Side” is a hell of a good time, fast and catchy, pulling you right into the record. But songs like “Buck Up,” “Life’s Tough,” and the well-written “Small Town” set a more realist, salt-of-the-earth mood for the record. Frontman and primary songwriter Daniel Davis’s voice isn’t particularly twangy, but it’s true, and sets well in the material.