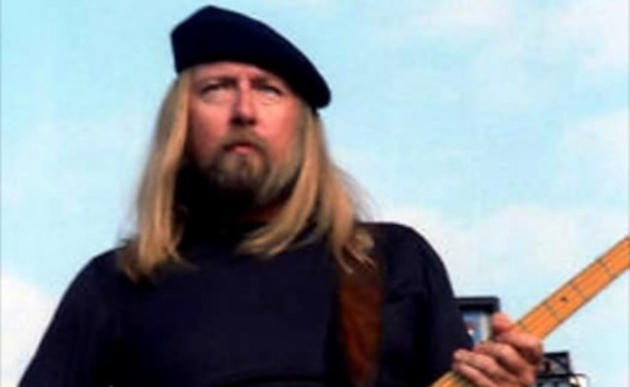 Bass player Larry Junstrom, who was one of the founding members of preeminent Southern rock band Lynyrd Skynyrd, and the long-time bass player for .38 Special, has passed away at the age of 70. He helped form Lynyrd Skynyrd in 1964 with Ronnie Van Zant, Gary Rossington, Allen Collins, and Bob Burn, playing bass with the band until 1971 when he was replaced by Leon Wilkeson before the band released their first major album.

Though Junstrom was not with Lynyrd Skynyrd during their heyday, he was always considered part of their extended Southern rock family, especially as the longtime member of sister band .38 Special with Ronnie Van Zandt’s younger brother, Donnie. Larry Junstrom appeared on all of .38 Special’s twelve studio albums before retiring from the group in 2014 due to a hand injury.

“The Big Man on the Big Bass has left us,” .38 Special said in a statement Sunday, October 6th. “He rocked arenas all over the world and succeeded in living his dream. He was truly one of a kind, a congenial traveling companion and a great friend to all with a humorous slant on life that always kept our spirits high — a kind man with a big heart for everyone who crossed his path. There will never be another like him. We are sending our devoted love, strength and comfort to his wife Thania and Larry’s family. We will miss our friend and partner. Larry “L.J.” Junstrom 1949 – 2019.”

Born Lawrence E. “Larry” Junstrom on June 22, 1949 in Pittsburgh, Pennsylvania, he moved to Jacksonville, Florida when he was 10-years-old where he would mature in the epicenter of the Southern rock scene. He showed interest in music early, playing saxophone and clarinet in the 5th and 6th grades before seeing The Beatles on the Ed Sullivan show, and deciding to pursue rock ‘n roll. His first guitar was a Silvertone 6-string, and he began playing in a cover band called After Five before joining My Back Yard, which later became Lynyrd Skynyrd.

Larry Junstrom met Ronnie Van Zandt when some teenagers were racing beach buggies down his street. One of them crashed, and Junstrom showed up to help push it back upright. Van Zandt told Larry, “Thanks man,” and the two became friends. Junstrom had a better bass rig than the current My Back Yard bass player, and was soon asked to join the band.

After leaving Lynyrd Skynyrd, Junstrom joined .38 Special first as a truck driver and guitar tech, eventually transitioning to bass when a vacancy opened. Junstrom also had a side passion as an amateur radio operator with the call letters K4EB, which translate to “Known 4 Electric Bass.”