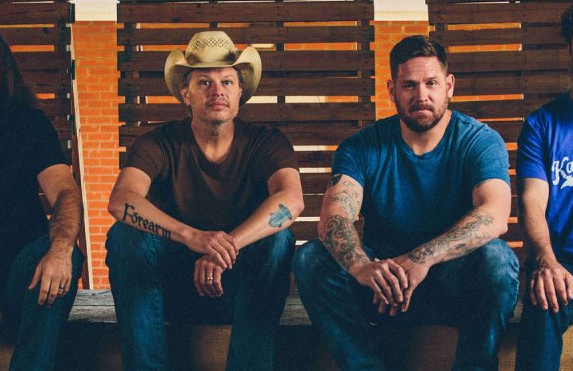 Founding member of Jason Boland and the Stragglers, and long-time Texas/Red Dirt community member Brad Rice has left the band to pursue other interests. Brad Rice had been Jason Boland’s drummer for over 20 years. The two met while attending Oklahoma State University in Stillwater Oklahoma in the late 90’s where both were members of the Lambda Chi Alpha fraternity. They would go on to form The Stragglers with bassist Grant Tracy in 1998, and the three had comprised the nucleus of the band ever since.

Brad Rice released a statement on October 22nd, announcing his departure from the band.

On Friday [10-19], I decided to leave The Stragglers, effective immediately. It’s not my place to make any comments concerning the future of the band, so I won’t. I will say I love all those dudes with my whole heart, and I will always be grateful for my time with them. There was nothing finitely wrong, and not one person is angry for making this decision to move on with my family, my new metal art business, and my commitment to make this world a more beautiful place.

I have nothing but love and passion in my heart, and I’ve been contemplating making a change for several months, and the time has now come. I agree that it’s sad to see this chapter of my life close, but I’m also filled with hope and a yearning to create something outside of music. I will never stop playing drums, I just need to see through some of these other dreams that I have, one of which is to be a normal old husband and father who’s always there. I’m sure you guys can understand where I’m coming from, and I appreciate your support.

Along with being Jason Boland’s drummer, Brad Rice was also very active in the Red Dirt music community, often broaching important issues on social media, and being one of the important voices in the movement Jason Boland and Brad Rice helped form along with other acts such as Stoney LaRue and Cross Canadian Ragweed. Brad Rice was considered Jason Boland’s right hand man, and is well-known and admired among Red Dirt fans.

Originally from Edmond, Oklahoma just north of Oklahoma City, Brad Rice now lives in Jenks, Oklahoma near Tulsa where his Iron E Custom Art business is based. After Jason Boland relocated to Austin, TX, Rice would often fly down to join the band for tours.

Incidentally, the Jason Boland and the Stragglers show on October 19th at the Whiskey River Saloon in San Angelo was canceled—the same day Brad Rice made his decision. However subsequent shows have gone off as planned, and no future shows will be affected. Saving Country Music reached out to the publicist for Jason Boland and the Stragglers to see if there was any statement by Jason Boland or anyone else about the departure, but none was provided. There is also no name of a permanent replacement drummer at the moment.