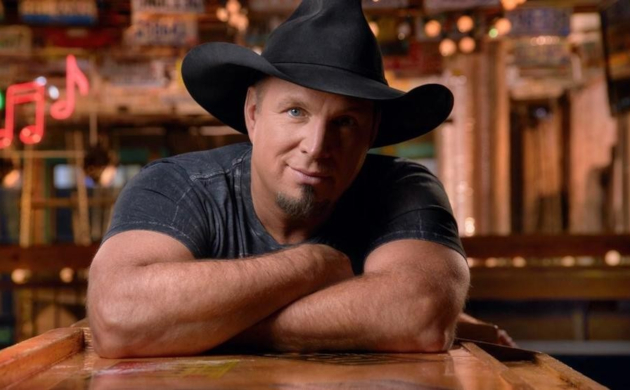 There are those highly-anticipated albums that are hinted at for years by artists or labels, yet it seems like it takes forever for them to ever see the light of day. Then there are albums that receive an initial release date, and for whatever reason, keep getting pushed back due to production or manufacturing issues before actually being released.

And then there’s the very curious case of Garth Brooks and his latest album simply entitled Fun.

Garth’s latest studio album was put up for pre-order as part of his exclusive distribution deal with Amazon nearly 19 months ago, on June 19th, 2018 to be exact. When the album was posted for pre-order, a lead single was also released called “All Day Long,” as well as a B-side called “The Road I’m On.” Aside from these two tracks, fans had no further details on the album, not even the name, let alone hints on the style, the scope, a cover, or a track list for the record to peruse over. And if you wanted to receive both of the new Garth songs, you had no choice but to pre-order the record through Amazon.

And so many people did, expecting to get the new record in the coming months. After all, this was Garth, and Amazon—not some fly-by-night up-and-comer with a crowdfunding campaign. But the final six months of 2018 passed without a word of when then new record fans had already pre-ordered would be released. It wasn’t even until January 21st, 2019—over six months later—that Garth finally revealed the title of the new record as Fun, saying about the album via Facebook live:

“It’s just a fun album. It’s just fun. That’s all it’s gonna be. It’s just been a fun thing to go through, a fun process to go through, especially being off from touring, where you don’t have to worry about if your voice is going to be able to go in for sessions or not; you just get to go in anytime you want. This has been a fun experience. We’re going to wrap it up probably this week. Maybe one more session after this week, but I think this is going to be it for us as far as cutting stuff. It should be out probably sometime this spring.”

“Sometime this spring” meant the spring of 2019, not the spring of 2020. This was the promise of Garth Brooks nearly a year ago, and again, six months after people had already pre-ordered the record.

A couple of other things have also happened since Fun was initially announced. On August 27th, 2018—some two months after he announced the new studio album—Garth released a live album called Triple Live. He also released another single called “Stronger Than Me,” which he debuted on the 2018 CMA Awards in November as a tribute to his wife Trisha Yearwood. It was later added as one of the songs fans received as part of the Amazon pre-order.

On June 18th, 2019, Garth released another new single called “Dive Bar” with Blake Shelton. June 18th was the day before the year anniversary of when Garth first announced the new album and put it up for pre-order. Initially, “Dive Bar” was served to radio, but not added to the Fun pre-order tracks, meaning folks who already paid for the album couldn’t even hear it. It wasn’t added until nearly a month later, on July 15th, but only after much grumbling from fans.

The case of Garth Brooks and Fun is beginning to raise ethical concerns of just how long an artist can string out their fans and the good faith of a pre-order until goods are delivered. People forked over money for a record they didn’t even have the finished details or track list for, and going on two years later, there still is no album, no official release date or track list, and no formal explanation from the Garth camp for the prolonged delays. The last major update Garth gave, Fun was supposed to be released 9 months ago.

All three of the top-rated reviews of Fun on the Amazon pre-order are highly critical of what has been happening with the record. “Once again Garth calls upon his fans to pre-order an album……with no real release date. Remember the last time it happened, when he had the nerve to not only ask for a pre-order of one album – but the album AFTER that as well. All in order to bundle it up with catalog albums, to stroke the ego and boost those sales numbers,” reads the top verified review posted back on November 1st, 2018.

The second verified review posted initially on November 4th reads, “The 2 available songs are great. Unfortunately the original release date has come & gone. So far I’ve paid $10 for 2 songs. When’s the rest coming? Follow-up: It’s now Feb 2019 and only 2 more songs added. If I had known this is a long time project I wouldn’t have ordered this. Love Garth & his music, really wondering about marketing.”

The third verified review posted on July 13th reads, “Alright, I ‘Preorded’ this over a year ago now. I got a notification from Google about two months ago that it was released, nothing has been added here, his new song Dive Bar with Blake Shelton has been released to radio. Where is that song?! I payed hard earned money that I could’ve spent in an actual Dive Bar and gotten my monies worth. It hasn’t been added to my playlist. Furthermore, where is my album? Fun? More like agony.”

If we’re to believe what Garth Brooks told fans on Facebook Live on January 21st, 2019, the record has basically been finished for nearly a year. The theory for the continued delays is that Garth Brooks is hoping to develop the singles for the record and get the pre-orders to a certain level before officially releasing it. The first single “All Day Long” peaked on country radio in 2018 at #11—not bad for a 57-year-old artist who already retired once. But the second single “Stronger Than Me” stalled out at #42, despite Garth’s big buildup for the song, and his marquee performance of it on the 2018 CMA Awards.

Garth’s current single “Dive Bar” is doing well, currently sitting at #14 on radio according to MediaBase. He’s been aggressively promoting the single, including playing pop up dive bar performances across the country, with tickets exclusively available through local radio stations.

There’s a good chance Garth Brooks will announce a formal release date and more details for Fun in the coming weeks, and there’s little to no chance Gareth and Amazon will eventually stiff fans who pre-ordered the record. But we’re well past the time when the album was initially promised, money was forked over by fans, and an album should have been delivered. Whether it’s part of some marketing scheme by Garth Brooks to drive pre-orders and optimized sales—a practice he’s known for—or some honest issue with the production or manufacturing of the record, fans are owed a formal explanation from Garth about what has taken so long, no matter when Fun is eventually released.