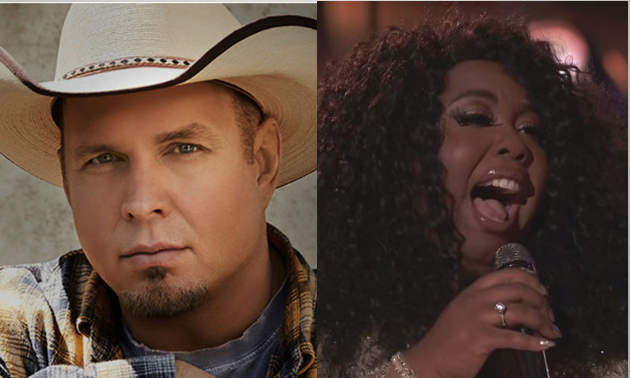 NBC reality show singing competition The Voice crowned its latest winner, 15-year-old Brynn Cartelli on May 22nd, giving original American Idol winner and rookie coach on The Voice Kelly Ckarkson her first win on the show. But over a week after the confetti has fallen and the winner has been selected, there remains an unresolved issue with the 14th season due to the misrepresentation of what was supposed to be an original song performed by one of the finalists.

As part of the run up to the finale, the final four contestants were given the opportunity to record and perform an original song. This original song isn’t written by the contestant necessarily, though it appears producers of the show play coy to make the audience think it might be. But unlike during the rest of the competition, it is a song that has not been heard before by the public compared to the famous covers usually performed. Or at least that is what it’s supposed to be.

For contestant Kyla Jade who was part of Blake Shelton’s team, the original song selected was a tune called “The Last Tear.”

“When people hear my original song ‘The Last Tear,’ I would like for them to go on a journey, to feel whatever emotion the song invokes for them personally, to actually be present and experience it with me,” contestant Kyla Jade said in a video package that aired before her performance of the song on the show. “‘The Last Tear’ is like a prize at the end of the journey, because this whole thing has been singing covers, singing other people’s songs. But the single is not Kyla Jade singing someone else’s song. It’s actually something that I can attach to who I am.”

But the problem is “The Last Tear” is not an original song, even by the loose terms of The Voice team. It certainly wasn’t an original written by Kyla Jade, and it isn’t a song that is unfamiliar to the public, at least to many in the country music public. The reason “The Last Tear” cannot be passed off as an original song is because it’s actually a song originally recorded by Garth Brooks called “Leave A Light On.” Garth’s song has sold over 10 million copies of the song as part of Garth’s 2007 compilation The Ultimate Hits. “Leave A Light On” was one of four previously-unreleased original songs included on the 2 CD/1 DVD package from 2007, and it was the final track of the collection, taken by Garth fans as a song to remember him by through his retirement.

This isn’t an instance of someone accusing someone else of ripping off a song or copying part of a melody. Kyla Jade’s “The Last Tear” actually is “Leave A Light On” by Garth Brooks. Except for the title change and a few switched words, it is the same exact tune. The songwriters of the two songs—Tommy Sims and Nashville Songwriter Hall of Famer Randy Goodrum—are credited on both tracks. One of the songwriters, Tommy Sims, has admitted the two songs are the same. There is no need for side by side comparisons or debate. The only question is, why has The Voice not admitting the mistake and misrepresentation, and taken responsibility for it a good week after the finale?

Right after the song was performed, Garth Brooks fans and other sharp-eared observers immediately began to question the validity of the original song claim for “The Last Tear.” Some were saying Kyla Jade should be disqualified for the misrepresentation, while others showed concern that Kyla had been duped by the show’s producers, and discounted in the competition when rival fans discovered the ruse and pounced on social media while producers said nothing. Making matters worse, Blake Shelton was Kyla Jade’s coach. Perhaps Shelton should have seen that what was supposed to be an original song was actually recorded by his fellow country artist and Oklahoma native Garth Brooks. Jade ultimately finished third out of the four final contestants.

As original songwriter for “The Last Tear” (and “Leave A Light On”) Tommy Sims explains, the song had been around for nearly a decade before Garth Books even cut it, and Sims also claims he had no clue the song was given to Kyla Jade under the pretense that it was supposed to be an original. He also says that Kyla had no idea the song wasn’t an original herself, putting the blame for the oversight squarely the producers of The Voice.

In a letter to The Music Universe, songwriter Tommy Sims, who also co-produced Kyla Jade’s version of the song, says,

Kyla’s exact version of the song has existed in Universal Music’s publishing database for nearly 10 years prior to the Garth Brooks release and that in fact Garth is the only one who changed the arrangement, lyric and title from its original state when he recorded it some 10 years after my original demo version was recorded . . . The version Kayla sings is identical to the letter, lyric and arrangement of my original demo version. The only thing I changed is the key so that it was more suitable for a female voice . . . That original demo is the version Kyla and my engineer co-producer heard. They were both completely unaware that the Garth version existed as it was one of several new songs on a compilation project and was never released as a single.

I received a call at roughly 4 o’clock on the Thursday afternoon before Monday’s first finale show … that Kyla Jade wanted to perform one of my songs during the show’s finale, and the shows producers wanted to know if I’d be interested in producing the song or simply let the show’s musical producer deal with it. Because my engineer and I have worked with Kyla prior to the show I thought it would be nice to work with her directly on the song.

The only discussion from that point on involved timing and logistics because it had to be recorded soup to nuts, mixed, mastered and delivered to the show by 5 o’clock Saturday afternoon to be ready for Monday night’s performance and iTunes release. At no time was I made aware that the criteria for this particular song was that it never have been recorded before. James and Kyla never felt the need to make me aware of this because they genuinely weren’t aware of a previous Garth Brooks version.

Tommy Sims also says that he’s been virtually out of the music business for going on 8 years, and hasn’t owned a television in 10 years. This doesn’t appear to be the case of someone trying to slip something by the public nefariously, but the changing of the title of the original song by Garth Brooks confusing whomever selected “The Last Tear” as Kayla’s “original” song and failing to properly vet the song as an original, and setting her up for failure. Even though the title had been changed, there would still be plenty of records denoting that the song had been recorded before, especially by the best selling music artist in American history.

The winner of the 14th season of The Voice has been crowned, and the use of a previously-used song may not have factored in the final decision whatsoever. It’s also fair to wonder if any of this matters in the grand scheme of things with the show’s marginal ability to launch true music stars over its 14 seasons. Still, it’s important that the record be set straight about the origination of “The Last Tear” as being the same as Garth’s “Leave A Light On,” which nobody at The Voice has labored to do. If the integrity of the competition, and the importance of giving credit to the right individuals in music is to remain in tact, a correction and explanation is in order by The Voice.

“But the single is not Kyla Jade singing someone else’s song. It’s actually something that I can attach to who I am,” Kayla said before her performance of “The Last Tear.” But now we know that’s simply not true.

P.S.: If you watch the video of Kyla Jade speaking about the song below, you can tell at the 0:36 second mark, the title of the song has been clearly overdubbed in the audio after it was either left blank originally and added in, or changed at the last minute.