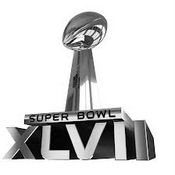 Portions of this story were originally posted in Feb. of 2010, and this story has been updated for 2014.

At the 1993 Super Bowl in Pasadena, CA, Garth Brooks was the artist selected to sing the National Anthem. Garth was asked to make a pre-recorded version as a backup even though he intend to sing live, but Garth Brooks refused. Was this because Garth wanted to be authentic? This may have been his alibi initially, but later it would be revealed his decision was part of a much bigger plan. 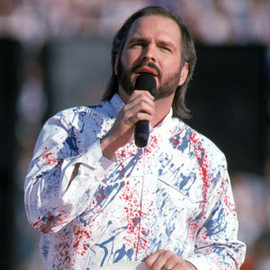 Garth’s 1992 album The Chase included a song called “We Shall Be Free”, a gospel-esque tune that Garth wrote after spending time in Los Angeles in the aftermath of the 1992 race riots following the Rodney King verdict. Garth was hoping to debut a video for the song during the Super Bowl that included numerous celebrity cameos. However NBC, the broadcaster of the game that year, rejected the video because of “content some felt was disturbing imagery.” The “We Shall Be Free” video included clips of flag burnings, cross burnings, the Ku Klux Klan, intravenous drug use, riots, bombings, war scenes, natural disasters, and other questionable content; images that NBC did not want to broadcast to the family-friendly Super Bowl audience.

So Garth, 45 minutes before he was supposed to perform the Anthem, pulled one of the most bold stunts in Super Bowl history to force NBC’s hand: he walked out of the Rose Bowl stadium entirely, refusing to sing unless they aired his video. As can be imagined, everything leading up to and during the Super Bowl is planned down to the second, and this sent NBC and the NFL reeling.

Producers tried to rationalize with Garth, explaining that there was no time budgeted for the video, but Garth held his ground, and a standoff ensued. With 91 million people tuning in from all around the world, they had no National Anthem performer, and Garth had the foresight to not give them a pre-recorded version that they could use as an alternative.

This was the worst case scenario for Super Bowl organizers. An NBC producer spotted John Bon Jovi in the Super Bowl crowd, and began to prep him as a plan ‘B’. Garth Brooks had NBC right where he wanted them, and the NFL could see that. So the NFL did something completely unprecedented in Super Bowl history: They delayed the kickoff to accommodate the airing of the Garth video.

(Note: original video has been removed, & not replaced on YouTube.)

Garth Brooks had won, but authenticity in nationally-televised live performances lost. According to former NFL executive director Don Weiss in his book The Making of the Super Bowl: The Inside Story of the World’s Greatest Sporting Event, since the Garth incident in 1993, the NFL has made it a requirement that all National Anthem singers make a pre-recorded version of their performances. Ricky Minor, the Super Bowl’s music director for many years and the current bandleader on Jay Leno’s Tonight Show says about pre-recording tracks and lip syncing performances, “That’s the right way to do it. There’s too many variables to go live. I would never recommend any artist go live, because the slightest glitch would devastate the performance.”

In 1991, Whitney Houston sang the Super Bowl National Anthem, and it was considered by some at the time to be one of the best Anthem performances ever. Then it was revealed the performance was pre-recorded. In 2009 Jennifer Hudson sang the National Anthem months after members of her family had been killed. She was called “inspiring,” until it was revealed later that she had lip synced as well.

Lip syncing and backing track controversies have also tainted other events of National importance. Cello player Yo-Yo Ma and violinist Itzhak Perlman faked playing to a pre-recorded track at President Obama’s first Inauguration, and a lip-syncing controversy surrounding BeyoncÃ© also tainted Obama’s second inauguration. And there’s no reason to think many other inspiring moments of national unity will be passed over for the predictability of pre-recorded performances, until the American public begins to demand authenticity over the facade of perfection.

On a bright note, recent Super Bowl National Anthem performances have thought to have been performed live, and in 2014, the NFL has slotted Opra singer RenÃ©e Fleming to perform—one who is likely not to need backing track support.