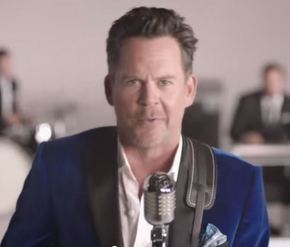 When the dust settles on 2015 and we look back upon it in future years, we might be looking at the year country music was paralyzed by an identity crisis like never before. It’s hard to remember another time when so many artists tried to completely change the direction of their sound, many with very mixed results, and so many promised albums got pushed back because of deflating lead singles. Call it the Sam Hunt effect—where the success of country music’s most non-country star in history had everyone thinking they needed to be R&B to stay relevant.

Gary Allan may be the poster boy for this trend. One of the few bright spots in mainstream country for so many years (though he’d throw an unfortunate single out there upon occasion), when he released his latest single in March called “Hangover Tonight,” some wondered if the hard-edged 47-year-old had lost his mind. This wasn’t the Gary Allan we all knew, all dressing in crushed velvet suits and doing his best Bruno Mars impression. That makeover may work for Thomas Rhett or Brett Eldredge. But Gary Allan?

Gary looked awkward trying to run with the young dogs, and the ruse ultimately failed, if it ever even got off the runway. “Hangover Tonight” couldn’t crack the Top 40 on country radio, and came in at an embarrassing #49 on Billboard’s Hot Country Songs chart. So much for staying relevant, “Hangover Tonight” arguably ushered in Gary Allan’s 2015 disappearance.

Now Gary Allan fans and curious onlookers are wondering where the new album is that we were promised when the single was first released in the spring.

“Hopefully at the end of the summer,” is what Gary told a reporter during CMA Fan Fest in early June about the new album. “I turned it in like two months ago. I did my work. All they have to do is give it to you.” Another feature from March in Rolling Stone said the new album would be out “later this year [2015].” Here a few days before Turkey Day, clearly that’s not going to happen.

Then in October, Allan alluded to AZ Central that the hold up was from the label trying to decide what direction to go with a new single. “I turned it in and they’re trying to decide which single to add next, ‘cause there are a few directions on there. The album is kind of all over the place. There’s two more to go that I wrote that are kind of this Motown vibe, kind of funky. And there’s the real traditional stuff that I’ve done. I think my favorite stuff, there’s a song on there called “Mess Me Up” that I really love and a song on there called “High as I’ve Ever Been” and a song called “Drinkin’ About You.” So I don’t know which way they’ll go.”

Apparently Gary’s label MCA Nashville doesn’t know either—the same label behind another much-delayed album from Josh Turner. Gary wrote “Hangover, Tonight” with Chris Stapleton, Jesse Frasure, and Cary Barlowe, and the other two R&B selections from the album were written by this same crew. Even more interesting is that Gary Allan is already talking about the album after this current one stuck in delay. Gary is promising it’s going to be more traditional in nature.

“Every time I finish with a record, I can’t wait for the world to hear it, and that’s kind of where I’m at right now,” Gary told News OK in September. “But I do feel like it’s gonna drag a little bit more back towards traditional. I feel like my writing right now forward for the next album after this one, I feel like it’ll be geared more towards Waylon and Willie and then after that towards new people that I write with.”

He also said in the interview, “You don’t wanna follow the trend. You wanna do something different that everybody reacts to, because that’s kind of a habit of Nashville: If something hits big like Florida Georgia Line, then they all go out and try to find the next Florida Georgia Line. It’s just whatever’s selling they chase, and I think that’s always a mistake to try to do what other people did. I always try to stay out in the front so that they’re trying to do what you did.”

But of course, that’s exactly what Gary did with “Hangover Tonight.” And now that the album has been delayed, he’s even more behind the trend.

MCA Nashville has already announced they will be releasing Vince Gill’s new album Down To My Last Bad Habit on February 12th, 2016. So in all likelihood it will be at least after mid February before we could consider seeing the new albums from Gary Allan or Josh Turner. Perhaps the good news for fans of these artists is the delays might result in some retooling and rethinking about the direction of music. Since trying to chase Sam Hunt has failed for so many artists in 2015, perhaps sticking to what you do best is a better option.