Get Jesse Daniel’s New Album “Rollin’ On” On Your Radar 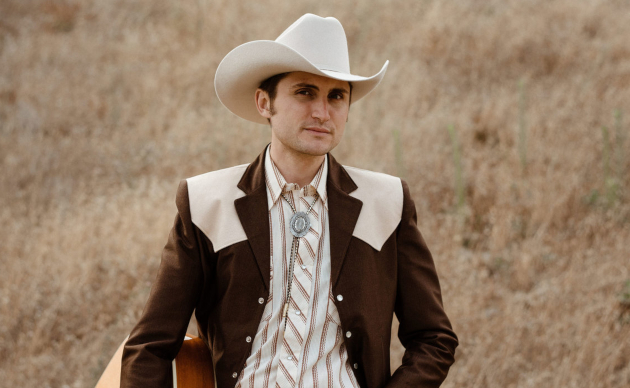 If you’ve been a good little Saving Country Music reader over the last couple of years, then you’ve known that Jesse Daniel has been touted here as one of the most exciting country music artists coming up to keep a keen eye on. Excellent live, and already an Ameripolitan winner in 2019 in the Honky Tonk Male category, he got folks paying attention with a 2018 self-titled release that showed great promise and already has endowed Daniel with an arsenal of crowd pleasers.

Now Jesse Daniel is getting ready to release his first full-fledged, well-funded, and formally produced album called Rollin’ On on March 27th. Co-produced by Grammy-nominated steel guitar player and studio man Tommy Detamore, it’s a bit more hopeful than his debut that dealt very directly with the Santa Cruz, CA-native’s issues with addiction and jail time, but still carries that grit and real world experience seminal to great country music. 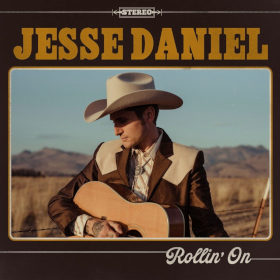 “I got sober three years ago,” Daniel says, “and since doing so, music has been my one outlet to pour everything into. Because of that, Jodi (Lyford, his partner, manager) and I have been doing everything at an obsessive speed. We started writing a lot of songs and began listening to albums by Doug Sahm and Jim Lauderdale. I loved the production and the vibe, and when I’d look up the credits, I kept seeing the name ‘Tommy Detamore.’ So I reached out to Tommy, and that set everything in motion for the new album.”

But the sound will be all Jesse Daniel’s own. As a California native heavily influenced by the Golden State’s influence on country music, you can expect a lot of hot guitar licks and honky tonk style. “I’m a nut for the Bakersfield sound. It’s really become a part of my songwriting. This record is all about taking a step forward, but it also carries on the tradition of country music made in—and inspired by—California.”

Ahead of the release Jesse has released the title track of the new album (listen below). He’ll also be touring extensively around the release, including another appearance at the Ameripolitan Awards in February, and multiple dates with Jason Boland and the Stragglers as part of the 20th Anniversary tour of the Pearl Snaps album. Daniel will also return for an extensive tour of the West Coast after recently moving to Texas to pursue music in a more dedicated manner, and recording with Tommy Detamore in his studio near San Antonio.

Beyond the songwriting and style, and the compelling story of addiction, incarceration, and recovery that goes into many of his songs, Daniel has a fire and passion to prove he’s worthy of attention and praise, and committed to turning a life around through country music. Consider his new record Rollin’ On as a record to pay serious attention to.

Rollin’ On is now available for pre-order.