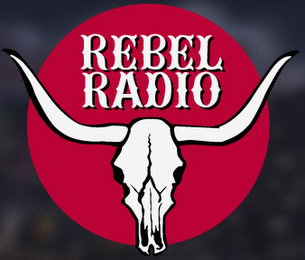 If you need any more proof that corporate country music has become so milktoast that the backlash against its homogenized format and fashion plate stars has become an indelible and easily-identifiable element of American culture, then look no further than the recent blockbuster video game Grand Theft Auto 5 from Rockstar Games. Featured in the third-person, open world game that shattered industry sales records by earning $800 million in the first 24 hours and $1 billion in the first three days is a radio station called “Rebel Radio” that is described as playing classic Outlaw country that “reminds listeners that corporate country sucks.” The station’s tagline is “Because country has gone sissy.”

Rebel Radio is hosted by The Dancing Outlaw Jesco White, made famous from the Dancing Outlaw movie first shown on PBS, and his subsequent appearances in various documentaries, including most recently The Wild & Wonderful Whites of West Virginia. The soundtrack for Rebel Radio includes Johnny Paycheck, Waylon Jennings, Hank Thompson, Johnny Cash, Willie Nelson, and Hasil Adkins among others (see full playlist below).

Illustrating the great care for detail game makers go through these days, Rebel Radio has its own logo, and even has its own location in the game in the Grand Senora Desert in Blaine County on a hill near the Redwoods Lights Motorcross Track. 13 total minutes of Jesco White commentary are mixed in with the 11-song soundtrack to give players the feel of listening to a real radio station, and Jesco even makes an appearance in the game as a “hidden Easter Egg” doing his famous Outlaw tap dancing routine.

Grand Theft Auto 5’s use of radio stations speaks to the opening of new outlets for music as traditional radio continues to narrow formats in the face of consolidation at the hands of big corporations like Clear Channel and Cumulus. Big companies have been buying up stations all across the country, implementing and institutionalizing nationalized programming. Grand Theft Auto 5 boasts a total of 15 different radio stations players can tune into, with over 240 officially licensed songs making up the game’s entire soundtrack. The game is also the first in the series to solicit an original score.

Ivan Pavlovich, the Soundtrack Supervisor for Grand Theft Auto 5, points out that the music licensing for the game is the equivalent to 20 movie soundtracks—a tremendous investment for a video game. Other celebrity DJ’s for the game’s various channels include Bootsy Collins for an 80s funk station, Pam Grier hosting a soul station, and Kenny Loggins for the classic rock station. The soundtrack is also available for sale in multiple volumes.