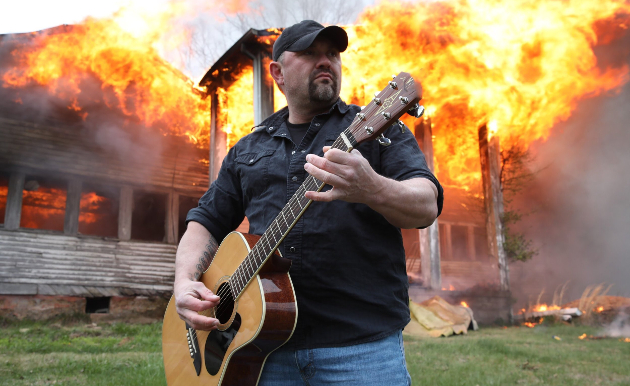 The reason we mourn so strongly whenever a country music legend leaves us is because we know we’ll never be able to feel that same magic as we did when they were alive. The reason we hang so intently on the prospects of sons and daughters of country legends is because within the original expressions of those 2nd and 3rd generation performers are the ghosts and memories of their ancestors, imbibing the music with a natural nostalgia, beyond the new and original expressions of the artist. It’s also because pedigree has proven itself to be a real thing when it comes to country music.

Beyond all the arguments about authenticity in country music, or what country music even is, the underlying question you ask yourself when listening to any artist is if you believe them. Biography and geography, even pedigree can play into that question significantly, either positively or adversely. But ultimately that judgement call boils down to a unique set of intangibles that are best described as “I know it when I hear it.”

Some have even questioned over the years if Johnny Cash is truly a country artist. Though that may be a silly notion on the surface, it’s a fair discussion sonically speaking, since Cash started out in the Sun Studios era, and never filled his music with excess fiddle and steel guitar. Johnny Cash was like his own genre, mixing Gothic Americana, country roots, electrified rockabilly, and a big dose of Gospel all together to infer his unique sound. It was Johnny Cash music, and it’s power and influence is the reason we’ve heard so many attempt to emulate it throughout the decades, with varying degrees of success, and authenticity.

Thomas Gabriel doesn’t need a history lesson on Johnny Cash; he received one while growing up. He was the first grandson of Johnny Cash, and his mother Kathy gave birth to him when she was just 16, meaning grandparents Johnny and June often stepped in to help with parenting. At only 13, Thomas Gabriel was already showing signs of inheriting the family’s musical attributes, as well as his grandfather’s propensity towards addiction. It was at this age that Johnny Cash took Thomas to his first AA meeting, and saw the teenager being plagued by the same demons he was. It would be one meeting of many. 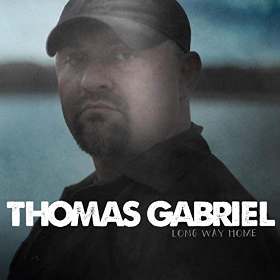 But Thomas Gabriel would work his way through the worst of his family history, initially that is. Johnny Cash could see how music could be a difficult road for Thomas with his addiction troubles, and instead compelled him to become a police officer, which he did for eight years. But overnight patrol shifts and bottles of pills still led Thomas down a troubled path, and eventually he found himself on the flip side of the law, floating in and out of jail, and eventually serving a 10 year prison sentence.

Now at 44-years-old, and 15 years after the passing of his famous grandfather, Thomas Gabriel finally has control of his demons to the point where he can pursue music with purpose, and with a handful of songs—many he wrote while in prison—that are more than worthy of the Johnny Cash legacy. Just as importantly, Gabriel is also graced with a voice that hauntingly awakens memories of the Man in Black himself, similar to how the yodel and moan of Hank Williams III evokes memories of his famous grandfather. This is not an affection. This can’t be faked. Either you know it when you hear it, or you don’t. And with Thomas Gabriel, you know it.

In his album Long Way Home, Thomas Gabriel takes you through an autobiography of a very turbulent, incarcerated, addiction-riddled life with an eerie connectivity and continuation of the Johnny Cash story. There is no “Boy Named Sue” here though. This is the Johnny Cash of the American Recordings era, and his early moments of delving deep into the Gothic underpinnings of the Carter Family, and the sowing of cautionary tales. This is Johnny Cash the doomsday preacher, and the vampire slayer. Yet the story is all Thomas Gabriel, strikingly so, brutal in its honesty, and unquestionable in its authenticity.

Long Way Home is not solely a country record, at least in the sense that neither were some of the records and songs of Johnny Cash, but it’s more country than anything else. The production takes a very dark, and progressive approach, similar to Emmylou Harris’s Wrecking Ball for example. But instead of stifling the roots, it emphasizes the eternal good vs. evil struggle inherent in all roots music, and allows the stories, and the mood behind them to be rendered as reverberating and imposing, as opposed to trying to dazzle the audience by mere instrumentation or delightful melody.

They say you have your whole life to write your first record, and Thomas Gabriel certainly has benefited from plenty of inspiration, and ample amounts of time in incarceration to compose his thoughts, and refine them in musical form. “1974” is not a year, it’s a number they use to replace your name. “Cell” is self-explanatory. Long Way Home isn’t all about prison, but it is all about Thomas Gabriel, and many of his struggles. There’s even a song on here criticizing the direction of Nashville called “Twangtown.” Some of the songs rely a bit more on style and mood than songwriting, but so did Johnny Cash’s. It’s a fair question whether Gabriel could write a second album this good. But it’s unquestionable that this one right here is incredibly well-written.

Would this album resonate so deeply if the Johnny Cash legacy didn’t loom so large in the American mythos like it does, or if Thomas Gabriel wasn’t related to him? Is Thomas taking some sort of advantage? The answer is that he would be a fool not to. Johnny Cash is not just some mythical creature to Thomas—a guy flipping the bird on a Hot Topic T-shirt. Cash was like a surrogate father to him. It’s Johnny Cash blood coursing through Thomas Gabriel’s veins. He’s in the unique position to not just help keep that legacy alive, but carry that legacy forward, and add to it. That’s exactly what he does on Long Way Home.