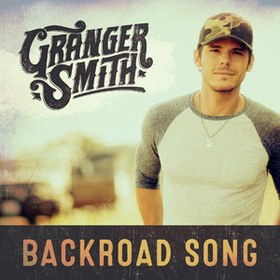 Anyone know the best chemical to remove a big “Yee Yee!” sticker off your back window?

The writing was on the wall when Granger Smith told Thirty Tigers to take a hike and signed to Broken Bow Records back in August. Broken Bow is the home of Jason Aldean, Randy Houser, and a dozen other mainstream artists you’ve probably heard of, but are not worth listening to. Similar to Big Machine Records, while many of the legacy majors in Nashville struggle to keep their rosters full with meaningful talent, Broken Bow continues to expand and add imprints, including their most recent one called Wheelhouse, of which Granger was one of their initial signings.

You knew it was only a matter of time before Broken Bow did their worst with Granger, who despite having quite a worthy past catalog of country music from early in his career, has since become the poster boy of the Texas country star selling out to Nashville for a chance at superstardom.

Still, from the outside looking in, it appeared like it could be a challenge for Broken Bow to develop Granger Smith beyond the Texas music scene. For starters, Granger is overshadowed by his alter ego, the comedic Earl Dibbles Jr., who accounts for significantly more interest than Granger by some three or four fold. At the same time Earl Dibbles Jr. was blowing up a few years ago, Granger was moving in a direction to hopefully catch the attention of mainstream country. But in an incredibly crowded field, Granger Smith was just one of many without any mainstream radio play.

Now that has all changed. Granger’s incredibly generic and pandering new single “Backroad Song” has just been sent to mainstream country radio proper. And with a big Nashville label behind it now, the single has become the 2nd most added song to country radio stations in the last two consecutive weeks, and is about to get yet another power boost of infinite proportions.

Announced Thursday (10-15), Granger’s “Backroad Song” will be the next single to reap the benefit of iHeartMedia’s “On The Verge” program. Set up to showcase new singles from emerging artists, it is a way to gerrymander an artist to the top by giving them extra plays and features throughout the largest radio network in America. The “On The Verge” program was behind the recent success of songs and artists such as Sam Hunt’s “Leave The Night On,” Raelynn’s “God Made Girls,” A Thousand Horses “Smoke,” and Chris Janson’s “Buy Me A Boat.” It’s basically a way to guarantee an artist a hit.

Especially with the strong start the single enjoyed right out of the gate, there’s no stopping “Backroad Song” or Granger Smith now. No matter how listeners react, no matter how generic the song is, he’s now poised to impact the mainstream in a big way for better or worse.