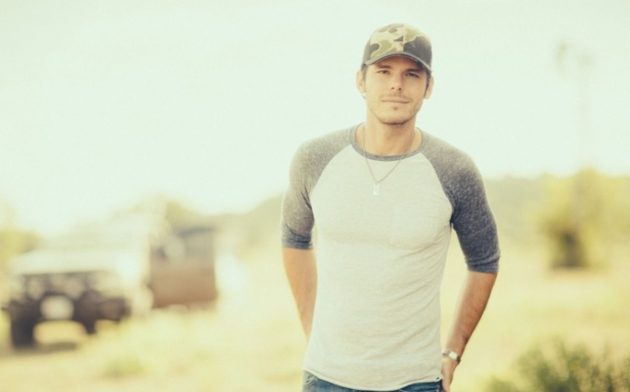 Country fans from Texas, Nashville, and beyond are sending prayers and thoughts to the family of country artist Granger Smith after he revealed on Thursday (6-6) that his 3-year-old son River Kelly Smith had died in an accident. Smith said in a post on social media that “Following a tragic accident, and despite doctor’s best efforts, he was unable to be revived.” Though no cause of death was given, Saving Country Music has been able to confirm that River Kelly Smith died in a drowning accident at Granger Smith’s home in Williamson County, Texas. No further details on the nature of the accident have been made available at this time.

“I have to deliver unthinkable news. We’ve lost our youngest son, River Kelly Smith,” Granger posted Thursday. “Amber and I made the decision to say our last goodbyes and donate his organs so that other children will be given a second chance at life. Our family is devastated and heartbroken, but we take solace in knowing he is with his Heavenly Father. Riv was special. Everyone that met him knew that immediately. The joy he brought to our lives cannot be expressed and his light will be forever in our hearts. If there are words to say more, I cannot find them in this moment. Love the ones close to you. There has never been a more difficult moment for us than this.”

Granger Smith’s wife Amber also addressed the tragedy, adding to Granger Smith’s comments, “Nothing can prepare a mother to deliver this kind of news… In lieu of flowers or gifts, please send donations to Dell Children’s Medical Center in River’s name. The doctors, nurses and staff have been incredible.”

River Kelly Smith was born on May 16th, 2016 as the third child of 39-year-old Granger Smith and wife Amber Bartlett Smith. Amber is an actress, and the two married on February 11, 2010 after meeting on the set of a music video for Granger Smith’s 2009 song, “Don’t Listen To The Radio.” The couple also has a 7-year-old daughter London, and a 5-year-old son Lincoln Monarch. They live in Georgetown, Texas, which is a northern suburb of Austin in Williamson County.

River was treated at the Dell Children’s Medical Center, a Level 1 pediatric trauma center that serves the greater central Texas region. The Williamson County Sheriff’s Department has declined further comment in the accident at this time, however they have confirmed a 911 call from the performer’s residence had been made on Wednesday (6-5) to Williamson County Police Department’s EMS and Fire Unit, which responded to the medical emergency.

Signed to the Broken Bow Music Group in Nashville, Granger Smith was scheduled to perform at this week’s CMA Fest at the Chevy Riverfront Stage, but has since canceled the appearance. Originally from Dallas, TX, Granger moved to Nashville when he was 19-years-old, and was signed to EMI Music Publishing. However a mainstream career did not work out initially, and he moved back to Texas and graduated from Texas A&M University.

From there Granger started making waves in the Texas music scene, especially through his alter ego, Earl Dibbles Jr., which became a fan favorite and helped launch his signature “Yee-Yee!” catchphrase, and “Yee-Yee Nation” fan base. His viral videos won him national attention, and Smith released a Top 15-selling album Dirt Road Driveway through Thirty Tigers in 2013. He later signed to Broken Bow’s Wheelhouse Records, and released 2016’s Remington which debuted at #3, and launched the #1 single “Backroad Song” and the Top 10, “If The Boot Fits.” His 2017 album When The Good Guys Win had one charting single, “Happens Like That,” and Granger had just released a new song May 31st called “Damn Strait”—the title referencing fellow Texan George Strait.

Granger Smith’s next scheduled tour date at the moment is a sold out show June 14th at the Higher Ground Ballroom in South Burlington, Vermont. Further details on the death of River Kelly Smith will be shared if and when they become available.