Guitarist and Producer Randy Scruggs Has Passed Away 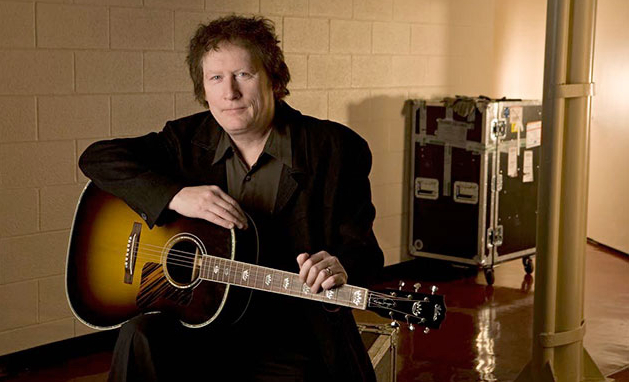 One of the most important men behind-the-scenes who had his hands deep in the iconic sounds of country music, while also keeping the flame of one of the most famous families in country history alive has passed away. Randy Scruggs, whose playing, writing, and producing ran deep throughout country music for decades, died on Tuesday, April 17th after what is being described as a brief illness. He was 64 years old.

Among the deep list of accomplishments, awards, and accolades Scruggs amassed during his career, he was the CMA Musician of the Year in 1999, 2003 and 2006, won four Grammy Awards for his instrumental work on “Amazing Grace” in 1989, “Soldier’s Joy” in 1994, “Foggy Mountain Breakdown” in 1998, and “Earl’s Breakdown” in 2001, received dozens of producer credits, hundreds of songwriting credits, even more hundreds of instrumental performances in studio and on stage are credited to his name, as well as being known as the owner and operator of a studio in Nashville that among other things, hosted the recording of the Nitty Gritty Dirt Band’s Will The Circle Be Unbroken projects, earning Randy Scruggs a CMA for Album of the Year as a producer in 1989.

But what Randy Scruggs was arguably best known for was as a go-to session musician for many years, both for the records he produced, and for music from artists such as:

The list goes on and on. If you listen to country music, you’ve heard the work of Randy Scruggs countless times.

The middle son of Earl Scruggs was born in Nashville on August 3, 1953, and started playing music at an early age, making his first appearance on the Flatt & Scruggs TV show at the age of 9, and making his first recording at 13. Randy’s first major efforts in music were with his brother Gary. They formed a rock duo together and recorded for Vanguard Records beginning in 1969. But the effort was short-lived, and eventually morphed into the The Earl Scruggs Revue, a country-rock outfit with their father Earl. This lasted until 1980 when session work and songwriting became Randy’s primary focus.

Randy Scruggs was one of those selfless musicians and collaborators who didn’t need the spotlight, but in 1998, he recorded his first solo record, Crown of Jewels  for Warner Bros. Records. Speaking to the reverence other musicians had for Randy, Travis Tritt, Joan Osborne, Trisha Yearwood, Lee Roy Parnell, John Prine, and Mary Chapin Carpenter all worked with Randy on the record.

Though into the 2000’s, the demand for Randy Scruggs’ session work and songwriting slowed down, he still continued to work and find success with new, up-and-coming artists with a more traditional sound, including Stoney LaRue and Wade Bowen from the Texas scene, Mo Pitney and Elizabeth Cook in Nashville, and The Pistol Annies.

He is survived by his wife Sandy, his daughter Lindsey and his brother Gary. According to the family, there will be no funeral, but a memorial service will be held with details pending.