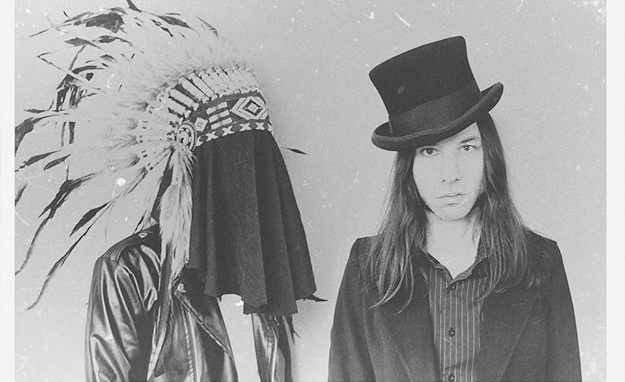 Less country music Christmas albums, and more country music Halloween albums I say. And if a cottage industry happened to crop up for spooky country music every October, it would stand to reason Madison, Wisconsin’s Those Poor Bastards would have the market cornered. Beware interlopers and carpetbaggers, these bastards have been purveyors of their self-described “Country Doom” for over a decade, dealing out an unlucky 13 albums to date, including their latest dreadful offering Vicious Losers freshly-exhumed just this Halloween month. And that doesn’t include the more ghost and goblin-oriented side project of Those Poor Bastard’s principal member Lonesome Wyatt called The Holy Spooks, whose multiple releases include Ghost Ballads and Halloween is Here released last year.

But Those Poor Bastards is not some Disney version of “H E double hockey stick” horror, and this is not some seasonal pursuit. Lonesome Wyatt and The Minister have become the kings of Gothic country over their terrible tenure, and are made to be imbibed in year round. The duo’s dark and artistic oriented music draws directly from country music’s formative years and the exploration of sin, guilt, depravity, and death that were very much at the heart of these tunes—I’m speaking of artists like The Carter Family, The Louvin Brothers, and even Hank Williams and Johnny Cash, where sin and redemption weren’t polar opposites, but separated by a thin membrane that the forces of good and evil were constantly at war trying to pull you across. Then all of this was cast in a mood of desperation from the death, hopelessness, and chronic poverty that gripped country music’s Appalachian homeland in the late 1800’s and early 1900’s, and still lingers throughout the hills and hollers of that region today.

Imagine condensing the dark sentiments from all of these early country pioneers together, and adding a few new methods of composition and sound from more modern apparitions such as Tom Waits and Nick Cave, and you have a sound that however niche it might be, has cast a wide net of loyal parishioners all over the world who collect Those Poor Bastards’ short run colored vinyl projects and pour over their artistically-oriented music as fine art, no matter how hauntingly it may screech and moan to get its dreadful point across. 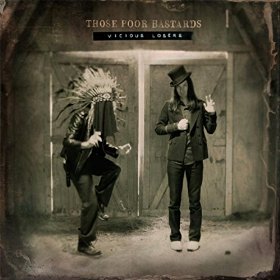 Part of the pleasure in Those Poor Bastards is to try and glean the moral and motivations of their music. As disturbed as it clearly presents itself from song one, there is also a profound sense of morality, economic justice, and concern for the lost souls of modern men confined to the rat race that punctuates any Those Poor Bastards’ effort. But don’t think that recuses them from delving into the temptations of sin or the unsettled recesses of the brain where where silent killers and psychopaths in all of us await. Whether you’re truly disturbed, or simply love to immerse yourself in that dark side of humanity inherent in us all by design, Those Poor Bastards can be a vessel for your journey.

Those Poor Bastards have already amassed a fine catalog that defines Gothic country, including songs like “Behold Black Sheep,” “With Hell So Near,” “Crooked Man,” “The Dust Storm,” their cover of Johnny Cash’s “I Walk The Line,” and “Pills I Took” once covered by Hank Williams III. Vicious Losers now adds another 13 songs to their repertoire, ranging from the raging, serrated and harsh “I Am Lost” opening track, to the simple clawhammer banjo driven “Strange Dark Night,” or the quieted 40-seconds of “Big Trees.”

Words and textures are one in the same with Those Poor Bastards, and one thing Lonesome Wyatt can never get enough credit for is his prowess as a vocalist that is virtually unparalleled this side of Tom Waits in conveying mood and character with such range. Vicious Losers has a couple of songs where Lonesome Wyatt puts on a clinic, shape-shifting between his evil growl, his bass-heavy belly voice, and a clear and eerily beautiful high range whose total breadth on the tone scale would best most any of mainstream country’s top singers. The song “Lonely Man” is a perfect example of this.

“Give Me Drugs” is a cautionary tale to America’s pill problem, but to balance becoming too preachy, it is followed up by the unhinged and ribald “Dolled Up.” Vicious Losers ends with an 11-minute noise opus called “Today I Saw My Funeral;” a song that could have been written by The Carter Family, beginning as a primitive country ballad whose refrain then floats in and out as the song descends into an extended foray of disturbed noises. Another hallmark of Those Poor Bastards is Lonesome Wyatt’s ear for the everyday sounds of life that trigger dark memories. This song on loop would be the perfect ambient noise for your neighborhood’s haunted house.

On second thought, I don’t know that I want all of the country artists who are inclined to make Christmas records deciding instead to dip their toes in the Gothic country realm. Those Poor Bastards have it covered just fine.