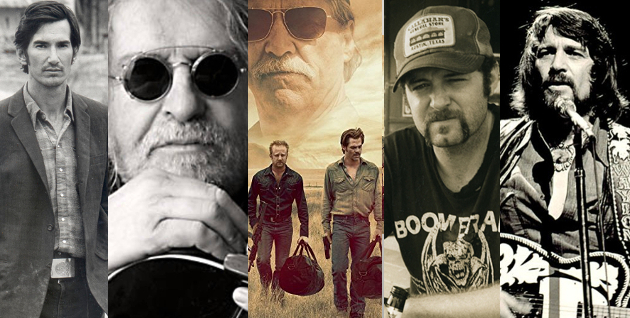 Unlike country music, in the movie industry eventually the cream tends to rise to the top. Whether it’s a small-budget indie film with an unknown cast, or a commercial blockbuster with an all-star lineup, in the movie world critics are actually allowed to be critical, critical-acclaim can actually translate to commercial acceptance, and award shows are not about who made the most money, but who expended the best effort. For the most part at least.

A movie that many are calling a sleeper hit, a new Western classic, and a candidate for the Oscar’s Best Picture is the heist film Hell or High Water. Starring Jeff Bridges, Chris Pine, and Ben Foster, it currently holds an incredible 99% rating on Rotten Tomatoes heading into its second week after wide release, and is beginning to put hefty numbers together at the box office.

All this bodes well for the folks who appear on the movie’s soundtrack that was crafted by score writers Nick Cave and Warren Ellis. Cave and Ellis perform 9 of the 15 songs for Hell or High Water, but they also selected a few really worthy roots artists to feature in the movie, including country legends Waylon Jennings and Townes Van Zandt, Ray Wylie Hubbard, Chris Stapleton, Scott H. Biram, and even up-and-comer Colter Wall.

The rising tide of Hell or High Water could raise all boats, including the cool country and blues artists who contributed to the soundtrack. Scott H. Biram and others have been favorites on the soundtracks of cable shows for years, but a feature film with a lot of gusto and interest swarming around it and an official soundtrack release could be an entirely new ballgame. Many music performers can point back to the inclusion on the soundtrack of a popular movie as the point where they were introduced to a wider audience.