Here’s Why Zac Brown’s “The Controversy” Got Yanked Initially 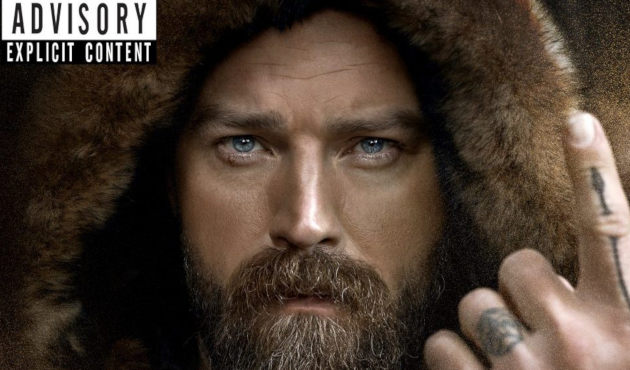 Not to spend too much time on the country music washout that is Zac Brown in 2019, but just to wrap a bow around the weird situation surrounding his recent solo pop album called The Controversy, we finally have an explanation of why the surprise album was pulled from multiple outlets and retailers after its release on September 27th, and the first song on the album called “Nowhere Left To Go” has been 86’d entirely. And no, it’s not because the album and the backlash was so bad that Brown got cold feet.

The Controversy is back up now on Apple Music, YouTube, and the other outlets it was initially pulled from, but it was a takedown notice filed by OneRepublic frontman Ryan Tedder that stimulated the album and “Nowhere Left To Go” getting yanked. According to Zac Brown, Ryan Tedder provided the beat for the song, and Zac wrote the words and music under the idea that he would retain final control of the track. However according to Ryan Tedder, Zac hadn’t told him he was moving forward using the beat, and so he let Diplo use the beat on a song as well. When Tedder saw Zac Brown post the song, he filed the takedown notice, and that is the reason Apple Music and others yanked the album and song. The album has since been repopulated without “Nowhere Left To Go” in the track list.

But it’s not Ryan Tedder who is suing Zac for using the song at the moment, it’s vice versa. Zac filed a lawsuit saying he had permission to release the song, and is seeking unspecified damages from Tedder for filing the takedown notice. We’ll have to see how that goes for Zac. So much for making new friends and collaborators in the pop/EDM world now that Zac’s abandoned country.

Last week Zac Brown was featured on CBS The Morning, and said:

“When I put out a record, I have to pick a category. You have to. You release a record on iTunes, you have to pick a category. One category. You can’t say, ‘country, rock, reggae, soul, whatever.’ You get one bucket to coin yourself in. I am not just a country artist. I’m not. I have to create what moves me, what connects with my fans, and I don’t really care about the buckets. But I don’t like to be coined as a country artist. I like just being an artist.”

The truth is that Zac Brown isn’t just not longer country, he’s no longer an artist either. He’s just a nebulous audio entertainer holding onto the last vestiges of popularity after using country music as a springboard to stardom and then discarding it like a first wife.

Since Zac Brown doesn’t want to be considered country, I guess the current Zac Brown Band single “Someone I Used To Know” which is sitting at #31 on COUNTRY radio at the moment can go ahead an get yanked (it’s not a country song anyway). He can also take himself out of the running for country music awards, even though he accepted one at the CMT Awards in June (when he told his ‘haters’ to “fuck off” on family-rated television). And don’t expect Zac Brown to be asked to headline or perform and any more country music festivals, because you know, that would be too limiting of his creativity, as an artist.

“Purists, I get them,” Zac Brown continued to CBS This Morning. “They should just listen to the songs that are more country, and leave me alone about all the other, because I really don’t care what they have to say about it.”

But the problem for Zac Brown is it seems like nobody cares about what he says anymore. Even his most loyal of fans who stuck with him through all his recent weird behavior have started jumping ship, and it’s not like EDM fans are going to be flocking to him now that he’s decided to start beefing with Ryan Tedder and Diplo.

These folks love to use country to make themselves famous, but then love to flamethrow the genre on their way out the door. No, “artists” should not have to be limited just to one genre if they don’t want to be. But how about showing a little appreciation and respect for the genre that made you rich and famous? How about a little gratitude, a little “I want to thank country music for supporting me when nobody else would” or something along those lines? And stop insulting country music by saying you can’t be creative within its boundaries. There’s an entire Hall of Fame full of people who proved you wrong.

Nice knowing you, Zac. Best of luck with “Swayze” and its 88% disapproval rating.