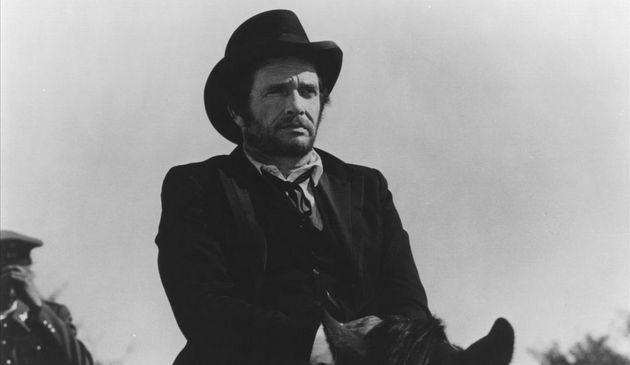 “I’d like to publicly challenge him to a boxing match.”

–Merle Haggard on the owner of Curb Records, Mike Curb.

It was 1985, and Merle Haggard released one of his last major country music hits. “Kern River” reached #10 on the country charts, but if it was up to Columbia Records executive Rick Blackburn, the song would have never even been recorded. Blackburn hated “Kern River,” and apparently went out of his way to tell Merle that at every opportunity until Merle had enough. Blackburn mouthed off to Merle about it one too many times, and Merle lost it.

“Who do you think you are? You’re the son-of-a-bitch that sat at that desk over there and fired Johnny Cash. Let it go down in history that you’re the dumbest son-of-a-bitch I’ve ever met!”

At the time, Merle Haggard was signed to Epic Records, which was a subsidiary of Columbia. Because of the way the label treated Johnny Cash, and because Haggard felt like he was being neglected himself, Merle decided to leave the company by buying out his contract. After being dropped, Johnny Cash did a short and fairly unsuccessful stint with Mercury Records, but eventually signed up with Rick Rubin and American Recordings, and experienced a resurgence of interest in his career unlike we’ve ever seen for an older country artist before. Meanwhile Merle signed up with the only independently-owned major label in Nashville at the time, Curb Records … and that was for all intents and purposes the end of Merle Haggard’s commercial career.

Today most well-informed country fans know what a death sentence a Curb Records contract can be for an artist, at least for most of them. But in 1990 when Merle Haggard signed with the label, Curb was seen as one of the most trustworthy labels in town. They didn’t have to answer to higher ups in New York and Los Angeles, and could pass that freedom on to their artists. Besides, they were hugely successful with Hank Williams Jr. and others in their stable, so there was no reason to think of Curb as anything but a sure bet.

Despite the stories of how Mike Curb had poorly handled Frank Zappa early in his career by kicking Zappa off MGM Records for promoting drug use (when Zappa actually took an anti-drug stance), or the fiasco with The Beat Farmers where Mike Curb started releasing albums without the band’s consent, these could be chalked up to isolated incidents. Years later, most everyone would learn about Mike Curb’s bad reputation after he mismanaged the catalog of LeAnn Rimes, and later ran afoul of Hank Williams III, Jo Dee Messina, Hank Williams Jr., and most prominently, superstar Tim McGraw. But the transgressions against country artists arguably started with Merle Haggard.

Why Merle’s case against Curb has flown under the radar for so long might be because his career reached such a low during the period, barely anyone was paying attention. Merle Haggard signed to Curb in 1990, and the label promptly released a song that Merle and many others thought would be a hit. “Me And Crippled Soldiers Give A Damn” did what Merle had done many times in his career: met a patriotic issue head on. It was his stance against the Supreme Court decision at the time that ruled that flag burning was protected by the 1st Amendment.

Curb acquiesced and released the song, but only as the B-side to a pretty generic single called “When It Rains It Pours.” By all accounts, Curb mostly ignored the release, and when it came time to release Merle’s debut album on the label called Blue Jungle, it absoltely flopped. Saddled by virtually no promotion, the album wound up at #47 on the country albums charts. It was a commercial disaster, and after putting up the money to buy out his Epic contract, all of a sudden one of country music’s most successful stars of all time was in serious financial straits.

“I think this is all for my benefit, to stand back and appraise things where nobody can touch me for a little bit,” Haggard, 55, told the Nashville Banner at the time. ”Hopefully, I won’t be in there long.”

But things would only get worse of Haggard during his tenure at Curb. First, like Curb would become famous for later, they refused to release Merle’s music in a timely manner. For four years after his first record, and when Merle needed the money the most, Curb released no new music. Haggard would eventually release two more albums on the label, named for the years they were released: 1994 and 1996, but they were not much help. 1994 somehow did even worse than Haggard’s first Curb release, coming at a paltry #60 on the albums chart, and 1996 did so bad, it didn’t even chart at all. The tombstone-style motif of the album covers seemed telling. 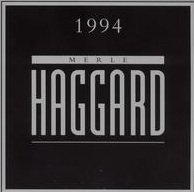 In author David Cantwell’s book Merle Haggard: The Running Kind, he spells out Merle’s abysmal performance in the era: “‘1996’ was his best work since leaving Epic nearly a decade before, but almost no one heard it … It had seemed Haggard, with the right song and a bit of promotion, might yet find the footing to climb back onto the radio or at least to catch a ride on Cash’s train to Americana glory. But there would be no renaissance for Haggard as long as he was on Curb. Those tombstone-like covers to ‘1994’ and ‘1996’ felt like markers for a career that was dead and buried.”

Cantwell also quotes journalist Michael McCall in the book about why Merle did so poorly while on the Curb Records roster. “His record company didn’t send promotional copies to reviewers until the album had been out for nearly a month,” says McCall. “And no advertising or promotion had been devoted to the music.”

Merle Haggard was irate, but like so many Curb Records artists, he didn’t have many options aside from riding out his contract, especially since he was already suffering from financial shortcomings. Curb’s poor management of Merle Haggard’s Hall of Fame career not only affected his recorded output and revenue from album sales, but his crowds began to dwindle at his live performances. Merle went from a bonafide headliner to an opening act playing honky tonks and county fairs during the Curb era since the decade saw virtually no promoted radio singles.

“People wonder where I was for the last 10 years. I was on Curb Records,” Haggard said in 2000 after his Curb contact had finally expired, and he decided to saddle up with the punk label Epitaph Records to hopefully mount a comeback similar to that of his long-time friend Johnny Cash.

“He (Curb president Mike Curb) used me as a billboard for younger acts,” Haggard told The Chicago Sun in 2000. “He got people like LeAnn Rimes and Tim McGraw. He didn’t do anything to promote my records. I’d like to publicly challenge him to a boxing match.”

Curb Records responded, “We released three albums on Merle and all three albums hit the charts. When he was going through bankruptcy he asked for a release from his contract and that was granted. Mike still has a great amount respect for Merle.”

Many artists have a bad story to tell when it comes to their dealings with Curb Records, but Merle Haggard may have the worst. Haggard’s legendary career would go on to recover later in life. But Curb Records had a chance to foster Merle’s career into a new era, or at least keep him in the public spotlight during a critical decade of his life. When Merle Haggard died on April 6th, 2016, he was remembered as a legend and shown the utmost respect by most everyone in the country music industry. Meanwhile, Curb Records continues to keep its legacy alive as one of the most notorious record labels of Music Row.