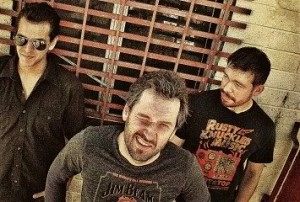 For months, Leroy Virgil of the infamous Hellbound Glory has been dropping little tidbits about a potential triple album coming out in the future to be called MericA. As Virgil told SCM at the beginning of the year, “Gonna come out in chapters or volumes, haven’t decided. Songs about real ‘merica.” Virgil is a virtual songwriting machine, and when you see him live expect to be regaled by brand new songs throughout the set. At some point the man will need to narrow the gap between what he’s written and what he’s recorded, and a triple album may be the only way to accomplish this.

A couple of weeks ago Hellbound Glory was in Nashville, in a studio session that included former Waylon Jennings’ drummer and right hand man Ritchie Albright, as well as Amanda Shires and Shooter Jennings among others. This was the first step in making what may become a landmark triple album of independent country a reality.

For the holiday, Leroy has released the lyrics to the upcoming title track, and in true Virgil fashion, they work just fine without the musical accompaniment.”MericA” plays off the broad theme Leroy has adopted of depicting rural America, one that is filled with broken dreams and bad habits; a more subversive view than corporate country likes to portray, but also one that is more accurate.

Stay tuned for more info on the album Merica.

(by Leroy Virgil of Hellbound Glory)

“There aint nothin like a gun to make you feel real tall
Like some alcohol, adderol,
Hey are you ready for some football?
You buy this truck rust and all