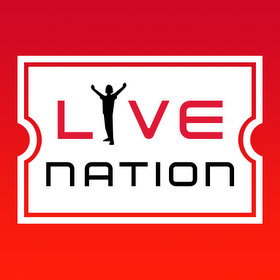 Last week, lost among the shuffle of a slew of bad news stories on the country music front was the news that mega concert promoter Live Nation had purchased a 51% controlling stake in the largest independent music festival in the country—Manchester, Tennessee’s Bonnaroo. The specifics of the deal looked very similar to the deal struck in December of 2014 when the details of the purchase of Austin, TX-based independent promotional company C3 Presents were announced. C3 also sold a 51% controlling stake to the promotional and ticket-selling giant.

When Live Nation and Ticketmaster merged in January of 2010, the outcry from both the music and business communities was grand. People worried about what the live music space in America would look like if two huge companies that were already near monopolizing their respective spheres of influence joined forces, and in the last half decade, a lot of those fears have been realized. With no real head-to-head competition, Live Nation and Ticketmaster can throw their weight around and offer terrible customer service without any fear of music fans resorting to competition because in most instances there is none, and dealing with the mega companies is the only way fans can see their favorite artists live.

When Live Nation acquired C3 Presents in December, very few people even took notice. C3 manages festivals in 14 separate countries now, owns ACL Fest in Austin, Lollapalooza in Chicago, and big fests in Atlantic City, Kingston Downs in Georgia, St. Louis, and operates numerous smaller venues in Austin and around the country. C3 is also managing Willie Nelson’s long-running 4th of July Picnic this year for the first time. Because C3 was not known to many outside of the Austin, TX mindset, no alarm bells sounded aside from here on Saving Country Music. Concerns about the deal were characterized as being far fetched, and were answered almost word for word in an interview with Charles Attal (one of the three C’s) in the Austin Chronicle in late February.

Charles Attal assured people that nothing about C3 was changing. For now. There was nothing to worry about, only that selling to Live Nation would give the company additional resources to extend and bolster its reach in the live music space. Almost the exact same assurances were given to Billboard by Bonnaroo organizers in the aftermath of their sale to Live Nation. The additional resources offered by Live Nation will allow Bonnaroo to update facilities and expand the scope.

But what is Live Nation buying for the capital it’s doling out to C3 and Bonnaroo so they can improve their infrastructure? They’re gaining control. The 51% stake is key. Where the owners and founders of these once independent fests used to called their own shots completely, now they are employees of Live Nation. They still have employment contracts, and Live Nation has been smart to leave the management structure in place for the time being because C3 and Bonnaroo have been very successful under their current leadership. Still owning a 49% stake, Live Nation could not come in and completely clean house and reorganize the culture of these companies overnight, nor would this be in Live Nation’s best interests.

But Live Nation is undoubtedly looking at the big picture. As Charles Attal said to the Austin Chronicle, “I can’t speak for 10 years down the road, but I don’t see anything in the next five to seven, eight years other than us growing our business …. We still own the other half of the business.” Where C3 and Bonnaroo are made up of artisan businessmen who put tons of sweat equity into their independent businesses, and Live Nation offered the ability for them to cash out some of that equity and take the pressure off them as far as raising capital for future growth, Live Nation is a huge corporation whose perspective ranges out dozens and dozens of years and sees their short-term money simply as an investment.

Of course Live Nation is not going to come in and reorganize these companies right off the bat, but as time goes on and founders and board members retire or move on to other interests, the 51% controlling stake of Live Nation remains, or potentially grows. This is all about asset acquisition. When C3 started acquiring various festivals around the country, the concern was too many independent music assets were being put in the hands of the few, and what happens if C3 is in turn bought out by an even larger company? As Live Nation slowly gobbles up all of the major assets of the independent festival world, none may be big enough to raise a stink with independent fans specifically. But combined together, and considering the acquisitions are in the arena that is supposed to pride itself in being free of corporate control, Live Nation’s acquisitions of C3 and Bonnaroo might be even more alarming than the merger with Ticketmaster was.

But the concerns independent fans should have for Live Nation shouldn’t stop there. If Live Nation had any competition, it would be the second-largest concert promoter in the United States—AEG Live. Lo and behold, AEG has been on its own buying binge lately, acquiring festivals left and right, and now includes 27 festivals overall in their portfolio, including one of Bonnaroo’s biggest competitors, Coachella in California. AEG Live chairman Jay Marciano told Billboard he wants to launch or acquire “several more” festivals in 2016, so there’s no sign that festival consolidation is slowing or stopping anytime soon. And with the international reach of both of these giants, this isn’t solely a United States issue.

Now, consider what the live music space would look like if Live Nation and AEG Live merge together.

The concern is not just that the culture or management surrounding these once independent festivals will change in the short or even long term. Many independent music fans are conscious of where their money goes, and don’t want 51% of their money meant for festival organizers going to the very same entities they were trying to flee by attending a festival like Bonnaroo in the first place. They want their money to stay local and independent.

And it’s not just in the live space that independent music fans should be concerned about their favorite companies merging together only to be acquisitioned by the same corporations they were attempting to flee. Just announced on Monday (5-6), Concord Music, or Concord Bicycle Music, has just bought two smaller record labels, Fearless Records and Wind-Up Records. That’s on top of acquiring roots labels Vanguard and Sugar Hill just last month. This now gives Concord $140 million in annual revenue, and could make them an attractive acquisition by a larger entity themselves.

When entities like Bonnaroo, C3 Presents, Sugar Hill Records, and others got started as fiercely-independent startups that were conscious of the corrupting nature of the corporate dollar, they were inspiring stories and havens for artists and fans that didn’t want to be a part of the corporate culture. But as they slowly get acquisitioned and the near entirety of ownership in American music rests in the hands of a very few, it makes it almost impossible for artists and fans to avoid these entities. And unlike when Live Nation and Ticket Master merged, this new trend marks a sinister paradigm where the acquisition process is so small and so slow since it involves independent entities, many independent fans have no idea it’s even happening.