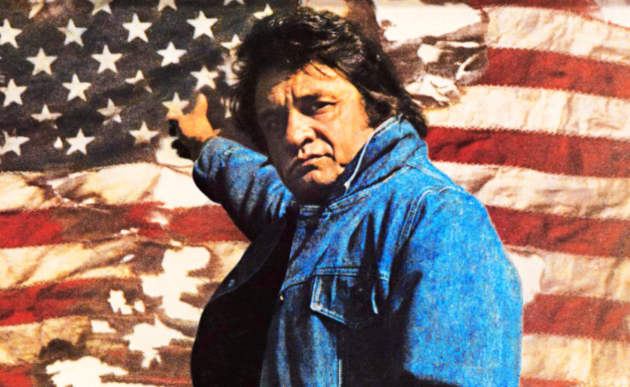 The Kansas City Chiefs walked away with the Vince Lombardi Trophy for winning Super Bowl LIV over the San Francisco 49ers last Sunday, but when it came to the musical performer that saw the biggest boost in revenue during the big game’s highly-anticipated advertising segments, it was none other than The Man in Black himself, Johnny Cash.

Cash’s spoken word essay from his 1974 record Ragged Old Flag was featured in an extended commercial during the big football tilt, and enjoyed quadruple digit percentage gains in sales and streams shortly thereafter. During the two days prior to the Super Bowl, “Ragged Old Flag” had received roughly 29,000 streams. During the day of and the day after the Super Bowl, streams for the track skyrocketed 6,514% to 1.9 million in the U.S. alone. Downloads of the track also spiked 8,253% after the ad, though let’s be honest, not many folks are downloading music anymore. It only took a roughly 1,000 extra streams for Cash to pull off that particular feat.

Even better though, “Ragged Old Flag” wasn’t featured in a 30-second spot for Doritos or Denny’s or some other stupid thing. The song was featured in what boils down to a Public Service Announcement that was composed by the NFL and FOX Sports honoring the American Flag, and featuring medically retired Marine Cpl. Kyle Carpenter—the youngest living Medal of Honor recipient. The 3-minute spot also paid homage to the victims of the 9/11 terrorist attacks, Pearl Harbor, the California wildfires, and more. Since the original airing, the ad has now received nearly two million additional streams.

Other songs featured in Super Bowl commercials also received boosts, but none nearly as big as Cash’s. “Selah” by Kanye West spiked 156% in streams after being featured in a trailer for Fast & Furious 9. “Sabotage” by The Beastie Boys was bumped by 139% after being featured in a trailer for Minions. One of the songs featured that didn’t fare as well is Lil Nas X’s “Old Town Road.” Though download sales of the track rose 110%, streams of it only rose 5% after the airing according to Billboard.

Perhaps people are all Lil Nas X’d out at this point, but they sure are still big behind Johnny Cash. It just proves that now matter how old, some things remain iconic. “Ragged Old Flag” written by Cash himself was his statement after the Watergate scandal to not give up on the United States entirely, but come together to mend its wounds—a message that clearly resonated with many viewers during the Super Bowl, and a message that still feels very relevant today.