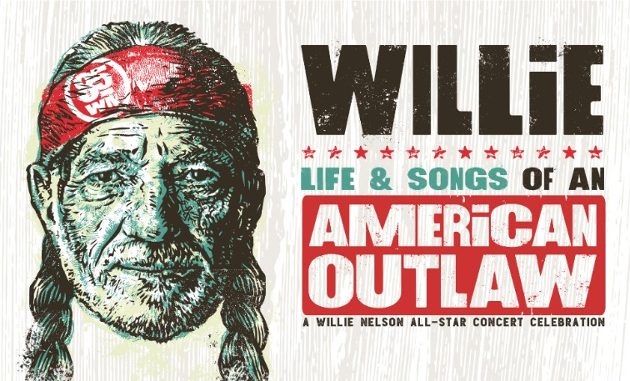 Blackbird Presents is at it again planning another huge tribute for a country legend, and this one might be the biggest of them all. Often working with Willie Nelson via tributes to others, as well as his multi-city “Outlaw Fest” tours each summer, now Blackbird Presents is putting together a tribute for Willie himself called “Willie: Life and Songs of an American Outlaw,” set to transpire in Nashville at the Bridgestone Arena on Saturday, January 12th, 2019.

Performers announced so far include Willie Nelson, George Strait, Vince Gill, Alison Krauss, The Avett Brothers,  John Mellencamp, Kris Kristofferson, Lee Ann Womack, Lyle Lovett, Norah Jones and The Little Willies, Sheryl Crow, Jack Johnson, and Susan Tedeschi & Derek Trucks. More performers and special appearances will be announced closer to the event (as they always are), so don’t get too jumpy about who is not included just yet.

And unlike some of the other tributes they’ve done for folks like Kris Kristofferson, Emmylou Harris, Kenny Rogers, and Waylon Jennings, this one is promised to be televised. It’s expected to be broadcast on A&E at some point in 2019 on a date to be named later.

“Willie and his songs mean everything to music artists and fans alike,” says Blackbird Presents CEO Keith Wortman. “Like Willie, they have inspired us to remain true to ourselves in every possible way. This incredible lineup of artists on this show is a testament to that.”