I Don’t Think Tom T. Hall’s “I Like Beer” Was Meant to Be About Michelob Ultra 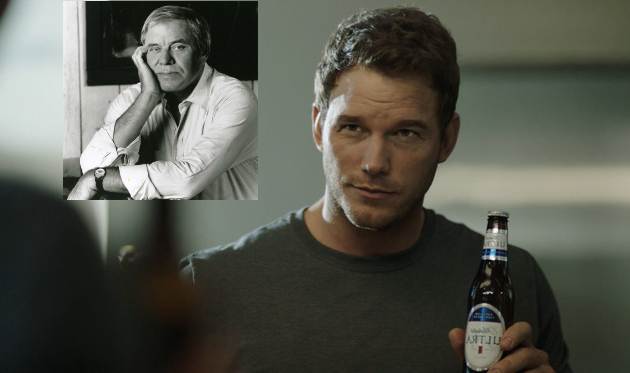 Michelob Ultra is the Cleveland Browns of Beers—the Sam Hunt of Suds—and with no disrespect to any of the low carb readers or listeners out there, I don’t think America’s most notorious “ultra light” beer is exactly what Tom T. Hall had in mind when he penned his ode to the amber goodness in 1975.

But that hasn’t stopped the marketing maestros from putting it in a Super Bowl LII commercial for the skirmish between the Philadelphia Eagles and the New England Patriots, with the only consolation being perhaps some random proletariats will go spiraling down a Tom T. Hall wormhole after they Shazam the song and get exposed to some actual country music. I’m sure Tom T. is making out like a bandit as well, so there’s that too.

Anheuser Busch ponied up for two separate spots for Michelob Ultra during the big game, and the second one will feature a reworked version of Tom T. Hall’s “I Like Beer” being sung by new mainstream traditionalist Jon Pardi. However you don’t really hear Pardi because the song is muddied by various semi-famous actors and sports personalities singing along, names such as Chris Pratt, US Open Golf Champion Brooks Koepka, World Surf League Champion Kelly Slater, and 2017 NYC Marathon winner Shalane Flanagan. The athletes are there to drum up the idea you can be active and a drunk too.

Time was when Super Bowl ads were some big surprise, which was the whole reason many watched. But now apparently the fashionable thing to do is to release them days before, which seems about as silly as spending twice as much on beer diluted by half. But what do I know. So you can watch this thing now (see below), and when the commercial plays in real time during the Super Bowl, excuse yourself to the water closet to make some Michelob Ultra of your own.

For context, Tom T. Hall wrote “I Like Beer” completely in jest, though it laughed it’s way to #4 in the charts back in ’75. By today’s country music standards the song would probably slip right in as standard fare and be nominated for Song of the Year for its deep introspection.

Now if you’ll excuse me, I have to find something to get this bad taste out of my mouth.