Illegal Music Downloads an Issue Again Thanks to Streaming Exclusives 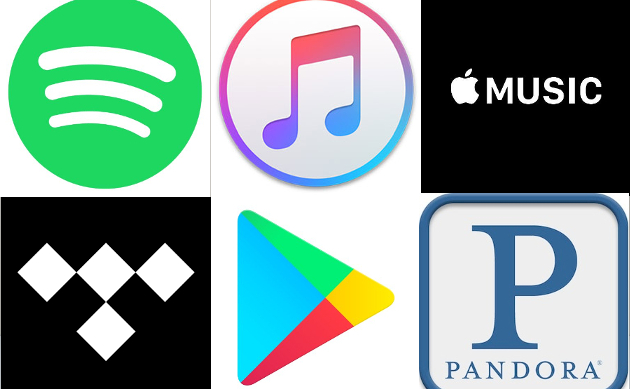 Remember when piracy was the big issue facing music? You had thousands, millions of records and songs being illegally downloaded by cheapskates who didn’t want to pay a measly $9.99 for a CD from their favorite artists. Hardcore audiophiles justified their trespasses by saying only a fraction of the proceeds went to their favorite artist anyway, and most of the money instead ended up in the pockets of fat cat labels who didn’t give a flip about the music.

Later as the new paradigm of digital music shook out, it became apparent that part of the stimulus behind piracy was the music industry’s slow adoption of the digital model. As soon as downloads became quick and easy, the piracy slowed. Then came along streaming from companies like Spotify, and piracy was virtually eradicated, at least in the United States, since anyone could stream virtually any song either free, or for a nominal monthly fee to remove the commercials.

But now illegal downloads are beginning to make a comeback all of a sudden. How did we revert back to 2003 in the music piracy game?

The exclusive. Also know as “windowing.”

The hip thing in 2016 for many big-named artists is to only make their music available on one specific streaming or download service, usually in a deal struck between the artist’s label or management and the streaming service in hopes of drawing more subscribers towards one service, or in many cases, away from another—specifically Spotify who happens to be the biggest dog in the race, and the one all of the other streaming services are trying to lure subscribers from.

But it’s highly questionable if exclusives or windowing actually benefits anyone beyond the streaming service that the exclusive deal is struck with.

R&B artist Frank Ocean grabbed the music world’s attention when he surprisingly released his new record Blonde on August 20th, making the album available only through iTunes and Apple music. And after only a week, the album had been illegally downloaded 753,849 times according to Music Business Worldwide. At this point, the illegal downloads are likely over 1 million. Meanwhile according to Billboard, Blonde sold roughly 276,000 album-equivalent units, including 232,000 in traditional album sales in its first week. In other words, way more units were moved illegally.

A similar story goes for Kanye West’s The Life of Pablo, which was released exclusively to Tidal, of which West is a partner of. It was torrented roughly 500,000 times just in the first 24 hours after its exclusive release.

It is expected that Garth Brooks will be announcing his own exclusive download/streaming deal when he convenes a press conference on Thursday, September 8th. It’s rumored to be a deal with iTunes, but regardless of who it is, we know it will be an exclusive.

Meanwhile Spotify is having to reshape its thinking after the recent rash of big name exclusives. According to Hyperbot, Spotify is now realigning to allow windowing of new releases to only be made available to their paid tier of subscribers so they can entice certain artists back to the service, or potentially offer exclusives themselves.

As all of this reshuffling occurs, many consumers are getting caught in the crossfire of the exclusive streaming wars. Where before it felt so easy to choose your favorite streaming company, and aside from a few select artists, listen to whatever your heart desired, now you feel like you must subscribe to two or three services to just to listen to the new releases or your favorite artist’s catalog. Or, you can reach out to your friend who knows how to torrent, and get a copy for free. Usually the latter seems like the easier solution.

And the benefits to the artists and labels to enter into exclusive agreements is dubious at best. That is one reason that according to Music Business Worldwide, Lucian Grainge, CEO of the massive Universal Music Group, has sent out a memo to all label heads ostensibly banning exclusives henceforth. Frank Ocean’s Blonde was supposed to be released on Def Jam, which is a subsidiary of Universal, but was released independently by him.

Music exclusives including album and song premiers seem to rarely benefit anyone but the outlet that happens to land the exclusive. As songs, videos, or albums attempt to go viral, they get curtailed to some degree by the inability of consumers to easily interact or consume them. Frank Ocean’s Blonde could have arguably tripled in sales if it was made widely available if you take into consideration the torrent numbers. Instead, nobody gets that money, while many of the illegal downloaders would have been perfectly happy streaming the album on Spotify, where at least some revenue could have been generated for the creators involved.

Though the ills of the music streaming economy are numerous, without the ability to have music widely distributed, no specific streaming service meets the needs of all music consumers, or really, artists or labels either, as the once pronounced dead practice of illegal downloading is off and running again.