Hear ye, hear ye, hear ye. By the power vested in me by country music, I am officially declaring the 28th of August, in the Year of Our Ford 2020 as an officially-sanctioned country music holiday, with all the rights and privileges thereof afforded to all self-professed country fans, and to be observed however one chooses suitable. Feel free to present this decree to any business, employer, institution of higher learning, or whomever else you wish to play hookie from as a legally-binding document, or at any location of Kenny Rogers Roasters for 20% off your next order, and a free fountain drink. There are mega release Fridays when the new albums on the docket present a smorgasbord of succulent listening options. And then there is August 28th, 2020, which is so incredibly packed, it necessitates it’s own dedicated study guide to ensure one doesn’t miss what’s in store. Think I’m being hyperbolic? Just take a look below. It’s basically a season’s worth of top notch releases in one single day.

It’s got everything, from classic country from Zephaniah OHora, to Cowboy & Western from Colter Wall, singer/songwriter stuff to make you feel like Justin Wells, Southern Rock from the Allman Betts band, bluegrass from Wood & Wire, and albums from artists we haven’t heard from in a while like Heidi Newfield and Mo Bandy.

You’re being given fair warning now so you can save your lunch money and prioritize your listenening cue. It’s gonna be a big one.

Zephaniah OHora – Listening to the Music 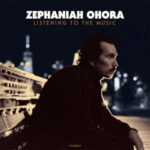 It’s been a long and arduous wait for many classic country fans sitting on the edge of their seats for the second record from country songsmith and crooner Zephaniah OHora. But arrive it will on August 28th. Being a somewhat strange bird as a country singer from Brooklyn, NY, he blew many away with his debut This Highway from 2017, and looks to do it again with the new 12-song set.

Drawing comparisons to country music’s Countrypolitan era in style, and Merle Haggard’s voice and writing, Zephaniahis joined in the studio once again by steel guitar player Jon Graboff who brought so much magic to his first record, as well as John Shannon on guitar, tproducer Neal Casal, as well as notable guest players Courtney Jaye singing backup, Dori Freeman also singing on a couple of songs, and Mickey Raphael on harmonica.

The early tracks from this have all been lights out. This is classic country at its finest. (read more) 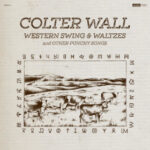 Unafraid to apply his haunting, one-in-a-million voice to archaic composition without any modernization and bare accompaniment, Colter Wall is single-handedly revitalizing passages of the North American songbook most had completely forgotten about. This 24-year-old Saskatchewan, Canada native might as well be 200 years old when he opens his mouth, and the cowboy ghosts of the past come rearing to life right in front of you.

Though you can expect the same style of music on his third record that has made him an unlikely phenomenon in country and Western, Western Swings & Waltzes marks a slight change in approach. As opposed to working with producer Dave Cobb on the record, Colter Wall produced this all on his own at the Yellow Dog Studios in Wimberly, TX just outside of Austin, known as the primary sound laboratory of Adam Odor, who is the behind-the-scenes mastermind to the recent success of Mike and the Moonpies. (read more) 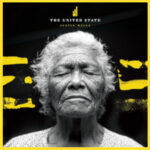 The once Saving Country Music Song of the Year winner and former frontman of Kentucky-based Southern rock outfit Fifth on the Floor is readying the release of a new album, and “ambitious” would be one one way to characterize it. Justin Wells will release The United State on August 28th, and compelled to speak out about the fractured nature of society, he will try to sew universal themes into the 12 movements of this purposeful and conceptualized work.

“This record starts in the womb, and it ends after death,” says Justin Wells. “The shared human experience. Ultimately, this album’s about unity. It’s about the common thread that connects us all.”

Early songs from the album like “The Screaming Song” and “No Time for a Broken Heart” have been very promising. (read more)

Karen Jonas – The Southwest Sky and Other Dreams 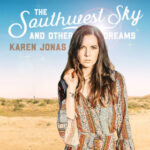 Songwriter Karen Jonas may be from Fredericksburg, Virginia, but her new album was inspired by a road trip in a converted Greyhound bus in the desert Southwest. Captured as 10 vignettes of characters bound by circumstances and central themes, it’s also a decidedly more country effort than some of her previous Americana records if the early songs like “Pink Leather Boots” and “The Last Cowboy (At The Bowling Alley)” are any indication.

“I capture these faint ghosts of stories – some my own; some not,” says Jonas. “Oil derricks peck on forever, little mosquitoes sucking the blood of the Earth … Watching with detachment the infiniteness of the land and the stories that seem to add up to nothing.” 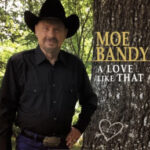 Yes, Moe Bandy is still around, and still releasing new music, which he’ll do with A Love Like That on August 28th. This one includes some extra sentimental importance because it was produced by “The Man in Back” Jimmy Capps, who passed away in early June.

“When I recorded this new CD, I never would of dreamed that this would be the last completed project that Jimmy Capps would produce and play on,” Bandy says. “What a great friend and genius in the recording studio. We lost Jimmy shortly after we finished this CD. He will be missed by many people. What a huge loss in the music industry.”

If you can’t wait until August 28th, the album has already populated on Spotify. 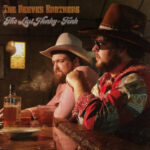 Matt and Cole Reeves from Nevada are the sons of long-time local honky-tonker Jack Reeves, and they won the 2018 Ameripolitan Award for Honky Tonk Group of the Year. Once solo artists, they commissioned The Reeves Brothers in 2013 and have been making a name for themselves ever since.

After their big Ameripolitan win, owner of Wolfe Island Recording Company, Kevin Skrla, invited them to come to Dayton, TX, to record, and the result is The Last Honky Tonk. Not their first record, but possibly their national breakout, it features 12 songs including 9 originals in their signature Merle Haggard meets Alabama sound. 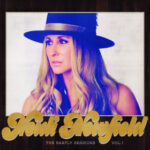 Helping to front Trick Pony for a decade and releasing a Gold-certified single in 2008’s “Johnny and June,” Heidi Newfield is back with a new record co-produced with Jim “Moose” Brown including 14 songs, 12 penned by Heidi. It’s her first record in 12 years.

“It’s inspiring to see an artist who’s had the kind of success she’s had be so determined to push new musical boundaries and get outside of her comfort zone,” Jim Brown says. “Heidi and I have been friends for many years and I’ve always been a fan of her music, but I really had no clue as to the depth of her musicianship, songwriting, and general bad-assery until now. She is a deep mix of old school country, Texas twang, blues and straight-up soul, and she absolutely delivers the goods on this record.” 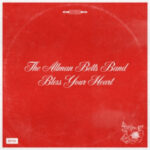 This 2nd generation 7-piece Southern Rock outfit made up primarily of Devon Allman and Duane Betts—the sons of Gregg Allman and Dickey Betts respectively—recorded 13 songs over a week’s time at the legendary Muscle Shoals Sound Studio on 2-inch tape.

“I think we definitely challenged ourselves, pushed ourselves artistically, and widened the spectrum on all levels. We wanted something that was a little more sweeping. A deeper experience,” says Betts.

Says Allman, “I hope what people hear on Bless Your Heart is a band that’s having a love affair with being a band.”

The Northern Belle – We Wither, We Bloom 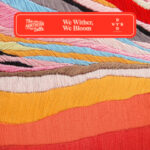 Most true roots fans should know by now that Norway and Sweden have become a hotbed for some of the best music being made after years of supporting the best roots music from the States. The Northern Belle is a seven-piece folk rock outfit from Norway that has released two records previously, but is looking to break out internationally with their new album We Wither, We Bloom.

Inspired heavily by The Byrds, songwriter Stine Andreassen traveled to Nashville for three months in the spring of 2019 to write the record. The welcoming and thriving music scene in Music city sparked a creative songwriting spell that resulted in We Wither, We Bloom.

AND EVEN MORE AUGUST 28TH ALBUMS:

Back To Paradise: An Okie Tribute to Tulsa Music – Tribute to Tulsa music performed by Paul Benjamin, John Fullbright, Jesse Aycock, Jacob Tovar and more giving love to the likes of JJ Cale and Leon Russell.

Ruston Kelly – Shape & Destroy – Ruston Kelly proved he knew how to destroy through song with his debut record Dying Star. The now former husband of Kacey Musgraves will try to do it again.

Molly Tuttle – but i’d rather be with you [Covers Album] – Let’s not get too excited since it’s not original material from the world-renown guitarist, but she’s already shown some adventurousness and enthusiasm in some of the early tracks. This could be a fun one.

The Avett Brothers – The Third Gleam – The third installment under the “Gleam” name, exploring their earnest, roots-based songwriting that has made them quietly into one of roots music’s few arena acts.

The Ghost of Paul Revere – Good At Losing Everything

Josh Ritter – See Here, I Have Built You a Mansion EP

Needtobreathe- Out Of Body

Pete Krebs – All My Friends Are Ghosts – August 29th

…and probably even more that are being overlooked.