It’s Just Corb Lund & These Ponies (For Christmas This Year) 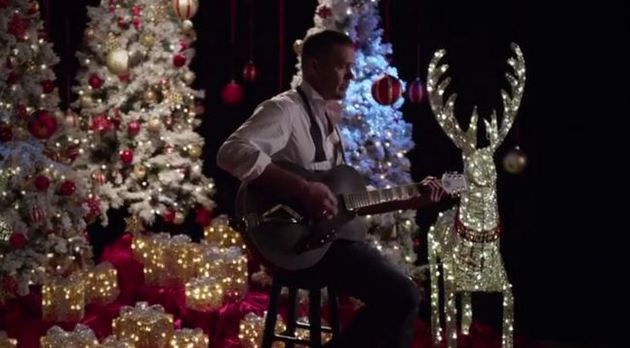 It’s Corb Lund’s strong ties to the authentic agrarian lifestyle on the eastern slopes of the Canadian Rocky Mountains that gives his music a lived-in perspective unique to a man who has his calloused fingers deep in what he sings about, and then marries these sentiments with his cunning use of language indicative of the old cowboy poets that has made Corb a country music treasure beyond Alberta and his Canadian homeland. Only a man who’s experienced the rigors and the loneliness of real ranch life can write formidable songs like the aching “September” or the humorous “Cows Around” found on his 2012 studio release Cabin Fever, and now he intermingles the inherent forlornness of life with the very true realities of equestrian duties in the new Christmas song “Just Me and These Ponies (for Christmas This Year).” 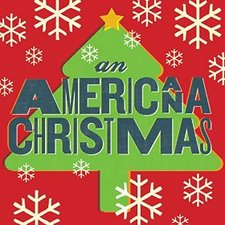 Christmas music is such a dicey proposition, and the farther you get away from the festive frau into either the gruffy country gut where sleigh bells sound grating, or the anti commercialization-leaning commoners of independent and Americana music, you tend to find even less reception for the annual December earaches. But none of this deterred New West Records from commissioning many of their own artists like John Prine, Emmylou Harris, Valerie June, and Nikki Lane, along with unwrapping some cataloged material from people like Johnny Cash and The Band to comprise the An Americana Christmas album released for this new holiday season. Corb Lund takes the point in promoting the album release with this new single, and a new video for his particular selection.

“Just Me and These Ponies” is a Christmas song for people who do not like Christmas songs, but still like country music and Corb Lund. And if you do happen to dig on a little ring ting tingling, you might find something to appreciate here too, even if the mood and perspective Corb works in is a dour one. Land locked in snow in the great frozen north, with plans either not laid or canceled for all of his familial cohorts, Corb tells the story of the lonely rancher trying to find some semblance of companionship from his stable of trusty steeds during a frigid Christmas holiday. Though the song is certainly written from some of Lund’s own experiences, the vessel of the story is an 80-year-old man snowed into his wooden ranch home. The music rises to to meet the passive emotional direst in the words with strings and comparably aching chord movements, while any sleigh bells are relegated to the extremities of the very beginning and end, almost as irony, or to further draw out the emotional tinge of the composition.

“Just Me and These Ponies” also utilizes a well-crafted video that contrasts the upper crust tuxedoed appearance of Corb in an antiseptic television studio, while an old man manning the wooden stables out in the cold ponders his lonely Yuletide fate.

It may not give Bing Crosby or Roy Rogers a run for their money, but “Just Me and These Ponies” might find warm company in the hearts of those who loathe such caroling, or don’t have any company of their own. And like all great Christmas songs, it may do so for years to come.