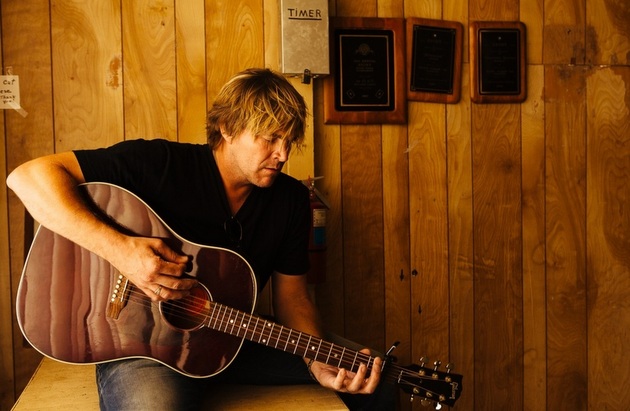 The incredibly long drought for new music from one of the biggest names in Texas country is finally coming to a close. After releasing two records with Big Machine—the last being Big Dreams & High Hopes in 2009—Ingram pulled a disappearing act for the last seven years or so when it came to studio work, but will be returning in a big way this summer, and with a label known for letting artists do what they do best.

Announced on Thursday (3-10) Jack Ingram has signed with Rounder Records, and will release a new record Midnight Motel in June. The album is produced by Jon Randall, and features contributions by guitarist Charlie Sexton, drummer Chad Cromwell of Neil Young and Dire Straits fame, as well as work from members of Ingram’s long-standing Beat Up Ford Band.

“Jack Ingram speaks from his heart, whether on a stage or in the studio,” says Rounder Label Group COO Cliff O’Sullivan. “‘Midnight Motel‘ is a return to the kind of raw songs and performances that made Jack fans from the early days of his career in Ft. Worth and all over Texas before becoming a nationally known artist in the past decade. We’re thrilled to have him join the Rounder Label Group family.”

Jack Ingram mutually parted ways with Big Machine back in 2011, but there had been little word about what direction his career might take after the split. After releasing a few albums independently in the mid 90’s, Ingram signed with Warner Bros. for a while, who re-released some of his earlier works. His work with Big Machine resulted in a Top 5 album and a #1 single, but like many Texas country artists, the relationship was not meant to last.

Jack will also be participating in the upcoming Kris Kristofferson tribute on March 16 at the Bridgestone Arena in Nashville, and will also be playing select shows next week at SXSW.