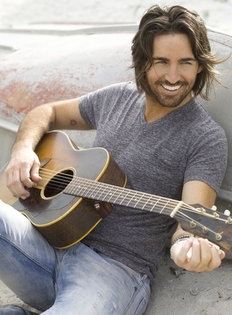 Whenever the name of country star Jake Owen comes up, it’s quickly proceeded by stories from fans talking about how down-to-earth Jake is for an artist of his stature. From many accounts, Jake Owen goes the extra mile: hanging out with tailgaters before and after shows, taking groups of fans out to unexpectedly on lake trips, and performing other similar gestures that show he doesn’t see himself as better than anyone else.

Last year when country artists began to speak out about the direction of country like never before, Jake Owen became one of the most vocal, taking a couple of occasions to say that country music needed to get back to more substance. In October of 2013, Jake Owen said in part, “We need more songs than just songs about tailgates and fuckin’ cups and Bacardi and stuff like that. We need songs that get ourselves back to the format that made me love it . . .” Then in December of 2013, Jake Owen doubled down on his critical comments, saying,

I don’t mean to sound negative. I love country music right now, it’s awesome. But I’m guilty of it, too. We all have songs that we’re tending to put out because they’re working and it’s helping our careers. But songs like ‘The Thunder Rolls’ or John Michael Montgomery’s ‘Life’s a Dance,’ they were songs that meant something to people. You don’t hear a lot of those songs anymore”¦.People were like, that’s real. There are so many songs now, and I have them, too, that are [about] sunshine, blue eyes, a tan. That’s not always real to everyone all the time. Or passing moonshine jars around. People do that when they’re kids, but people also grow up. . . . It’s important to have all kinds of songs.

Well apparently Jake Owen isn’t just a man of talk, he’s a man of action, and one virtually unknown country artist from Arizona is set to be the beneficiary of Owen’s good nature, and desire to see more substance in the format.

Tony Martinez is a well-seasoned traditional country artist and touring sideman for multiple projects, and by a strange twist of fate, will be filling the time between acts on Jake Owen’s Days of Gold arena tour starting May 15th in Huntington, West Virginia, going until at least late August.

It all started in Arizona at The Phoenix Open golf tournament in Scottsdale the last week of January. Tony was playing a party leading up to the event when Jake Owen saw him.

“Tuesday night there was the draw party for the Pro Am I got to play in,” Jake Owen explains. “So there I was, waiting to find out who we were going to play with, and this guy’s playing a guitar and singing over in the corner of the room you know, and I’m just mesmerized by how badass this guy is. I don’t know him from Adam. I’ve never met him in my life. But I had to go up to him after—I think we ended up getting hammered as hell that night by the way—and I said, ‘Dude, it’s going to be packed at The Bird’s Nest when I play there.’ And I said, ‘I want you to come out on stage with me and sing some badass old school country songs with me for a little bit if that’s okay.'”

So Jake invited Tony Martinez out on stage in front of the 15,000-person capacity crowd at The Bird’s Nest, and the two men proceeded to play the classic country songs “Amos Moses” by Jerry Reed, and Waylon Jennings’ “Luckenbach, TX” while the crowd roared (see below).

Tony Martinez started out playing as part of the vibrant independent country scene that exists in Phoenix, AZ. The weekly Valley Fever events at the Yucca Tap Room every Sunday night hosted by Dana Armstrong have become a staple of the Phoenix country music scene, and along with Tony Martinez, have also been a proving ground for Ray Lawrence Jr. who landed on a Hank Williams III record a while back, Robert Perez and Junction 10, and many other excellent country artists.

“I met him about 7 years ago when he came to the Yucca with Chip Hanna to play at Valley Fever,” says Valley Fever’s Dana Armstrong “We were all blown away by his raw talent. Since then, he just got better and better and quickly rose to the top of the Arizona country music scene. Not only is he a phenomenal musician and singer, he is also a natural performer. He’s born to be on stage. No matter what he’s playing, he makes it seem effortless, but heartfelt. Never a dull moment when Tony’s on stage.”

Martinez just finished multiple dates playing pedal steel guitar for J.P. Harris & the Tough Choices on the road, and after a recent move to Nashville, has been playing regularly at Layla’s Bluegrass Inn and the Full Moon Saloon on Lower Broadway.

“I was really excited when Jake came to me with the idea of going on his first headlining arena tour,” says Tony Martinez. “It gives me an opportunity to not only play my own songs in front of thousands of people that wouldn’t normally hear them, but also to expose a whole new crowd of people to the kind of music that has fallen by the wayside to the mainstream market. I think that making headway within that demographic is an important step in shifting the mainstream culture. Jake opened the door for me to try and do that. Hopefully I can make some kind of difference.”