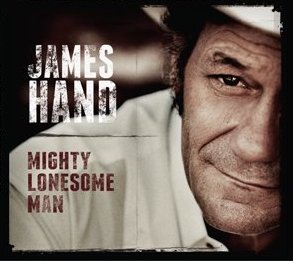 Texas country music legend James Hand will be releasing his brand new studio album Mighty Lonesome Man on October 16th. The 12-track album will include all original material, and contributions from an All-Star cast of Austin, TX’s country music talent. It will be released digitally, and on CD and vinyl, with the CD exclusively offering two bonus tracks, including a cover of Johnny Cash’s “Get Rhythm”. There is also a Collector’s Edition that will include a Mighty Lonesome Man t-shirt, poster, and guitar pick, along with both vinyl and CD copies of the album.

Contributors to Mighty Lonesome Man include Earl Poole Ball, aka “Mr. Honky Tonk Piano” who played with Johnny Cash for over 20 years, played on Gram Parsons Safe At Home, and has played with a grocery list of other country music greats, including Merle Haggard, Marty Robbins, and Marty Stuart.

James Hand recorded the album this spring at Summit Street Studios in Austin, and has a busy year ahead of him. He will be headlining Friday night at The Muddy Roots Festival August 31st in Cookeville, TN, where word is a few advanced copies of Mighty Lonesome Man might be available. He is starring in an upcoming film Thank You A Lot about a music agent whose forced to sign his reclusive, legendary father.

Hand has released four previous studio albums, all to critical acclaim including his last two, Truth Will Set You Free and Shadow On The Ground, both on Rounder Records. Mighty Lonesome Man will be Hand’s first album with Austin-based Hillgrass Bluebilly Records. The cover photos were taken by CC Ekstrom of Almost Out Of Gas, with layout provided by J Anderson of prettygoodposters.com. 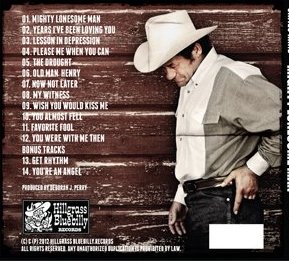 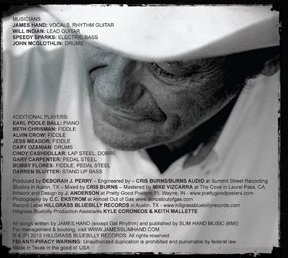