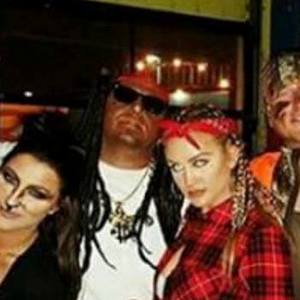 Mainstream country artist Jason Aldean becomes the latest to think it is socially acceptable to paint your face black (or in his case, a dark shade of brown) as part of a Halloween costume or comedy skit. In a photo discovered on Instagram right before it was either taken down or made private, Jason Aldean can be seen hanging out with his wife Brittany Kerr and other friends on Halloween, clearly wearing color-altering makeup on his face as part of a costume as either a dread-headed Rastafarian, or possibly a “gang banger” as it has been characterized by some, and may have been characterized by Aldean and his friends.

UPDATE (11/10): Jason Aldean’s publicist Tyne Parrish confirmed to The Guardian that Jason Aldean did indeed wear blackface on Halloween as part of a Lil Wayne costume. Aldean has yet to address the matter publicly.

Wearing a red bandanna, black sunglasses, and a wig of long black dreadlocks, Aldean poses with his head tilted back, while his wife Brittany Kerr can be seen just to his right in a red flannel shirt with her hair in braids, possibly flashing gang signs. Further corroborating that the photo is indeed Aldean and Kerr, Jason Aldean’s sister Kasi Williams Morstad can be seen in the far right of the photo in a cat costume—the same exact one she is seen wearing in other Instagram photos from earlier in the evening. Though it may be tough to make out Aldean in the photo at first, the man in blackface clearly has Aldean’s specific facial features when examined closely. 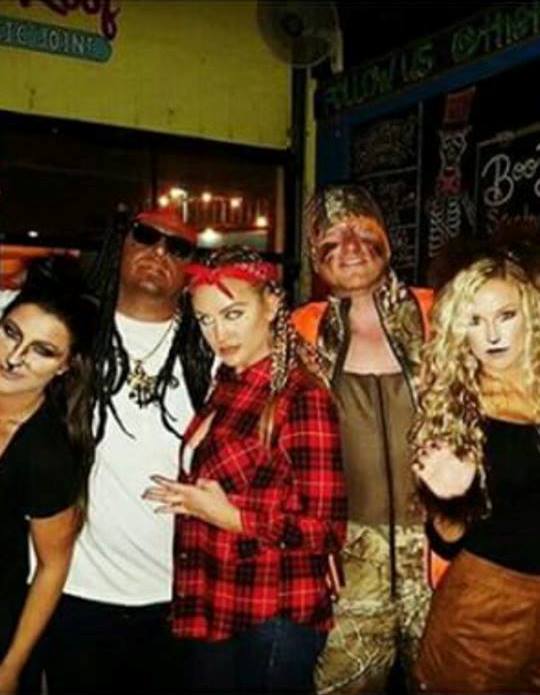 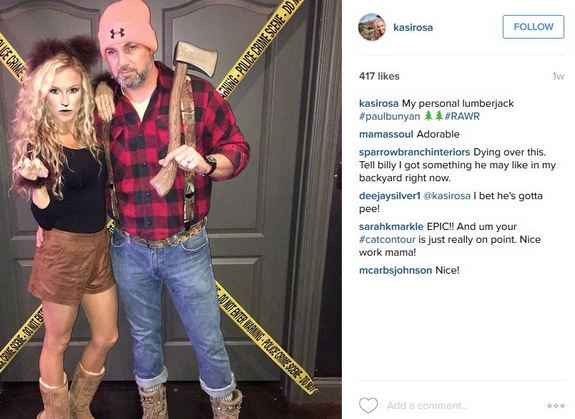 Wearing blackface goes beyond the sometimes overly-sensitive or nebulous rules of political correctness. The practice traces back specifically to lampooning black stereotypes as part of stage shows in the mid 1800’s, and continued through the Vaudeville era and up to comedy sketches and theatrical productions in the 70’s and even into the early 80’s. But the practice has completely fallen out of favor in the last 30 years because of blackface comedy’s racist connotations.

As author Eric Lott says in his book Blackface and Blackness: The Minstrel Show in American Culture, “Stereotypes embodied in the stock characters of blackface minstrels not only played a significant role in cementing and proliferating racist images, attitudes, and perceptions worldwide, but also in popularizing black culture.”

Country Music also has its history with blackface comedians. Jamup and Honey was a comedy duo who appeared on the Grand Ole Opry beginning in the 1930’s until the show began to move away from comedy and distance itself from the blackface era.

Just this Halloween season, major profile cases of celebrities and other individuals wearing blackface have been making headlines. Four students at the University of Wisconsin-Stout made the news after they used blackface to portray themselves as members of the Jamaican bobsled team. Apache Native American leader Terry Rambler, who is known for being a staunch opponent of the logo and name of the Washington Redskins NFL franchise, had to publicly apologize after he dressed up as Bob Marley for Halloween himself, including wearing blackface and long black dreads, just like Aldean.

“I did this thinking I wanted to dress up as one of my favorite musicians, Bob Marley. But in hindsight, it was a poor choice I made,” Terry Rambler said late last week. “I am not a racist and I did not mean to offend anyone but I realize I did. There is no one to blame but me. I take full responsibility for my action.”

The photo was originally posted by Nashville Gab. So far there has been no comment from the Aldean camp.

Editor’s Note: I acknowledge there’s a sort of TMZ “gotcha” element to this story, but this information was made aware to me, and I felt like not reporting on it was tantamount to helping to cover it up. Fair or not, as one of the Top 5, possibly Top 3 names in all of country music at the moment, and whether he wants to be or not, Jason Aldean represents country music. Saving Country Music has expressly criticized negative rural white stereotypes portrayed by CMT and others on a regular basis, and this should be seen as no different. Jason Aldean wearing blackface may not offend you personally, but it will others, and this could reflect negatively on country music as a whole. This is the reason Saving Country Music felt the need to report on this story.