Trigger Down with Pop Country 107 Comments 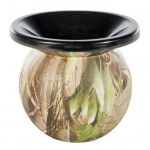 As Ralphie from The Christmas Story poignantly said after decoding the secret message from Little Orphan Annie: “A crummy commercial? Son of a Bitch!”

I know I’ve come before you proclaiming I’ve unearthed the worst song in history many times, but records were made to be broken and champions to fall, and folks, we have one for the ages here. Country rap is usually bad enough, and bad country rap is even worse. But what makes Athens, GA’s “Jawga Boyz” and the song “MudJug” the cat’s pajamas, the pinnacle of pathetic music, is that when you strip it all down, it’s a crummy commercial. And I don’t mean they made a 30 second spot for a company or an advertising jingle, I mean they literally made a song about a $40 overpriced piece of plastic and released it like you would any other song. Can’t make this up!

The Jawga Boyz (pronounced “Georgia Boys” with an Ebonic accent) are so bad, they can’t even spell their name wrong properly.

This is what they’re trying to do to Southern culture these days folks. They’re taking away your pride, your heritage, your farms, your music, your family life and sense of community, and replacing it with a piece of molded plastic for you to vomit your carcinogenic refuse into after you’ve blessed your oral cavity with the sweet gift of Cancer. Congratulations!

This would be awful enough to get mad about if it wasn’t for the reams of unintended comedy packed throughout this song and video, giving it enough point-and-laugh moments to split your side wide open. Where did they come up with all these shills in this video? Did they drive a bus to a Maury Povich taping and tell everyone to get aboard?

And is anybody else bothered by the fact that there’s little kids in this video with their cheeks puffed out and holding these stupid Mud Jugs? Somebody should call up the Overactive Uptight Committee Against Underage Tobacco Use and sick them on the Jawga Boyz’s asses. It’s fun to pit two groups of knuckleheads against each other!

In fairness, from the looks of it Mug Jugs are made by a cool little company filling a niche demand with an innovative, American-made product, and the Jawga Boyz aren’t some huge band on a major label. Then again, The Jawga Boyz, like most of these country rap acts, have received unbelievable exposure through YouTube, with their “Ridin’ High” video receiving over 1 1 /2 million hits, and “Rollin’ Like A Redneck” almost a million. This is tremendous exposure for 4 dudes with bad rhymes and worse taste backed by a drum machine, and with that exposure should come scrutiny.

The reason The Jawga Boyz and “Mudjug” is worth your ire is because it’s an illustration of the culture war that has polarized the American population. On one side you have people from the city who pride themselves in being healthy and educated and green, that look down their noses at people from the country as uneducated, ultra-consumers of bad products. And then certain people from the country, sensing this judgement, and seeing this stereotype perpetuated by the media and Hollywood, instead of looking to improve themselves or answer this criticism, seem to embrace it by foolishly imbibing in it, to the point of being purposely stupid and unhealthy to their own detriment just to say, “Hell yeah were stupid and unhealthy, and proud of it! You just don’t get it!”

And what gets lost in the middle is the idea of discovering one’s true self, and how that is the best way to break down judgement and stereotypes. Awful acts like The Jawga Boys can find an audience because country people’s self-esteem and traditional culture based on geography, community, and family has been robbed from them, and so to fit in and feel accepted and part of something bigger than themselves, they latch onto whatever dominant culture is presented to them through popular media.

Pop country and hip-hop are the two biggest super-genres, so why not blend them together and present them in the inane and stereotypical country context of spitting tobacco and driving through the mud? In truth, The Jawga Boys aren’t country rap, they’re just rap, and so to overcompensate for their selling out of their own culture, they attempt to counterbalance it by over-emphasizing easily-identifiable, ultra-country behavior, which instead of working against these country stereotypes, reinforces them.