Jimmy Buffett Should Step In to Save Historic Country Music Landmark 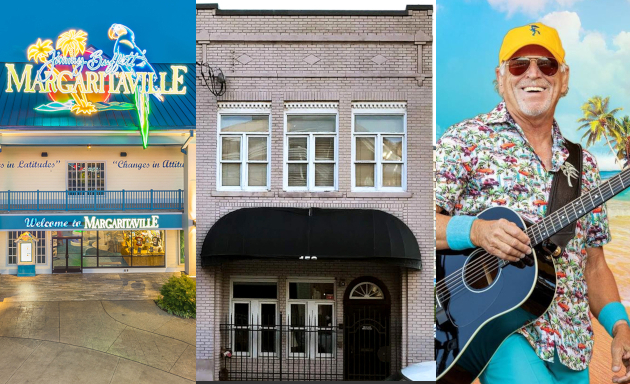 Many traditional country music fans know about country music’s “Big Bang” that happened in Bristol, Tennessee in 1927. Referred to historically as The Bristol Sessions, this is when record producer Ralph Peer set up shop in town with a portable recording machine and made the first known recordings of iconic artists such as The Carter Family and Jimmie Rodgers—recordings which would go on to set the foundations for the country music genre as we know it today.

But only a select few know about what some refer to as country music’s “Big Pop,” which was also the fault of recording engineer Ralph Peer, but occurred four years before in Atlanta, GA. At 152 Nassau Street across from Centennial Olympic Park in Atlanta sits a humble brick building which once housed the very first commercial recordings of country music. Ralph Peer captured famous Atlanta resident Fiddlin’ John Carson playing his songs “Little Log Cabin in the Lane” and “The Old Hen Cackled” in the space on June 19, 1923, expecting the obscure recordings to perhaps sell 500 copies or so. Working for Okeh Records at the time, Peer didn’t even like Fiddlin’ Joe’s music, calling it “pluperfect awful.” But those 500 copies would be sold out by the next month, and after further pressings, the Okeh Records recording would sell over half a million copies. Country music had its first hit record, and recording star.

Now the building at 152 Nassau Street is set for demolition in a matter of days, if not hours. Just this week, crews were inside the brick structure gutting it of wiring and other fixtures, despite headlong efforts by local residents and country music fans across the globe to save the historic landmark. A local architect and downtown resident named Kyle Kessler has been the leader of a campaign to preserve the building since 2017 and have the location designated as historic. However in a so-called “golden ticket” deal with developers, the city circumvented the historic designation process to stave off a potential lawsuit with the developers by reneging on their side of the deal. The city said they would allow the demolition of the historic building and development of the property to go through, but only if developers agreed to built a hotel that stood at least 10 stories tall, and cost at least $100 million as part of the development. The developers agreed.

The new tenants at 152 Nassau Street in Atlanta will also have a tie-in to country music. In 1977, Jimmy Buffett—who started his career as a country songwriter—recorded and released his signature song “Margaritaville,” inspired by a drink he was served while living in Austin, TX, later writing the song while in Key West, Florida. The song was a success across genres, hitting #13 on the Billboard Hot Country Songs chart. Now the song title has become the name of a popular restaurant chain owned and franchised by Jimmy Buffett’s Margaritaville Holdings LLC, which is a subsidiary of Cheeseburger Holding Company, LLC.

Strand Capital Group is the firm managing the Atlanta development project, and is planning to erect a 21-story Margaritaville-themed hotel, timeshare rental, and restaurant on the property. At times during the planning, there was talk of trying to incorporate the historic building into the new development somehow, but developers later said that would not be possible. The new development would not go in right on top of where the historic building exists presently. It would simply be the location for dumpsters and grease traps to service the Margaritaville restaurant.

At this point, all legal and political efforts to save the building have been virtually exhausted. A Change.org petition circulating and preservationist Kyle Kessler playing records outside the building on a 1923 Victrola have caused some attention to the situation, but not enough to make the wheels of progress slow. Ralph Peer also recorded several black jazz, blues and gospel artists in the building, including Eddie Heywood Sr., Fannie May Goosby, and the Morehouse College Quartet. The building has been occupied by other business over the years as well, and most recently housed a law firm. “This is about being a voice for a building that can’t speak for itself and telling the tales of the folks who made it historic,” Kyle Kessler told the Atlanta Journal-Constitution.

Though time is running out, the situation is not impossible. Country fans should recall the 11th hour stay of execution for the historic Studio A in 2014 on Music Row in Nashville in when it appeared all hope was lost, and it was mere days from demolition. Then a team of investors came together to purchase the property from the would-be developers. If such a sale would even be possible in the case of the Atlanta building is a big question, since the developers have a standing agreement with the city to build a hotel in that location. This is also not an “all or nothing” situation. If developers could be pressured into figuring out a way to preserve that specific structure or incorporate it into the new development, it could be a win-win.

But arguably the most important man in the deal so far has been mum, and that’s Mr. Margaritaville himself. Though numerous news outlets have reached out to both Jimmy Buffett and the site developers about the situation, they have refused to comment. It was the success of Fiddlin’ Joe Carson’s first record recorded at 152 Nassau Street that proved the commercial viability of country music, which in part went on to help artists like Jimmy Buffett find support for their careers.

It’s not that the next Margaritaville location shouldn’t come to Atlanta, or even be included in the current proposed location. But to erase that history to put up just another Margaritaville-themed hotel and restaurant seems shortsighted. Worried preservationists can parrot their concerns all day, but the King of the Parrotheads may be the only one left who has the audience and authority to step in and help preserve this historic landmark by bringing attention to the significance of the building sitting at 152 Nassau Street in Atlanta, and saving this important piece of country music history.