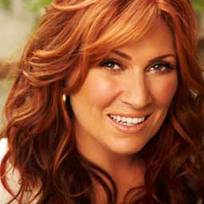 After releasing 3 records in the first 4 years of her contract, the big Nashville-based music label put on the brakes on releasing new music like they’ve done to so many of their artists. Messina’s last full-length release was 8 years ago, 2005’s Delicious Surprise. In the fall of 2006 she recorded the album Unmistakable that was originally scheduled to be released on November 6th, 2007. But Curb shelved the album, slowly releasing a number of singles from it in 2008 and 2009, but waiting 3 years after the album’s original release date to make it public, and then it was released it as an “EP Trilogy” with two of the extended plays only made available in MP3 format.

“For me, my fans just want to hear the music,” Jo Dee told Chicago Now. “Do you know what I mean?  They just want to be able to get it.  And it’s been such a struggle for the last… eighteen years.  I signed when I got out of high school.  So for eighteen years I’ve been just kind of struggling with the label and having them release stuff or not release stuff.  Now, we’re pretty much just free to do whatever we want with this new project so I’m very excited.”

Both Hank Williams III and Tim McGraw went through high profile fights with Curb near the end of their respective contracts. Curb’s modus operandi for the last few years seems to be to refuse to release artists’ last contractually obligated album to keep the artist signed to the label virtually indefinitely. Though Curb has lost most all of the court battles they’ve fought with artists trying to leave the label, their “catch and not release” program seems to still be in practice.

Many believe the character Marshall Evans, the controlling and manipulative record executive from the new ABC drama “Nashville” is based on Mike Curb. Marshall Evans continuously threatens actor Connie Britton’s character Rayna Jaymes with releasing a “Greatest Hits” album. Mike Curb famously released no less than 7 Greatest Hits albums for Tim McGraw while he was trying to keep McGraw under Curb contract.

Jo Dee Messina will be releasing a new album in 2013 on a new label.