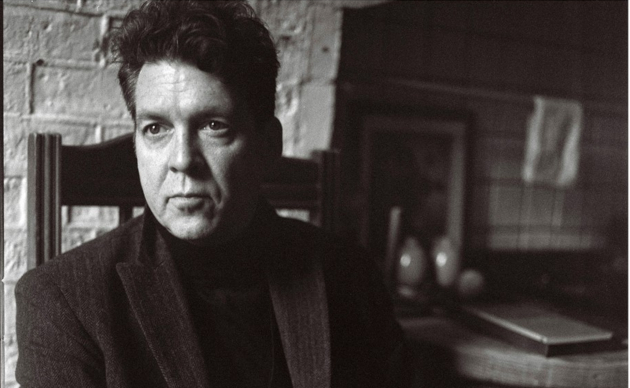 Revered and prolific Americana performer and producer Joe Henry has Stage IV prostate Cancer. This was the revelation of the 58-year-old at a solo performance Saturday night (5-11) at Largo’s Coronet Theater in Los Angeles presented as “Singing new songs and old, casting as cold eye on life, on death.” Henry had booked the show after a hiatus from public appearances to purposely tell friends, associates, and close fans about the diagnosis. His wife and daughter were in attendance, as were numerous luminaries from the Los Angeles roots scene.

Joe Henry first started experiencing back pain as a primary symptom of the disease, and while in Ireland in 2018 on a writing sabbatical, the pain became incapacitating to the point where he insisted on having an MRI performed. That is when doctors found the Cancer. He was officially diagnosed in November of 2018, and has been receiving chemical treatments which Henry says he’s been responding positively to. Henry would regularly post on social media, but went mostly silent after the diagnosis, causing long-time fans and friends to be concerned about the performer and songwriter.

Originally from Charlotte, North Carolina, Joe Henry was raised in Michigan and moved to New York in 1985, signing to A&M Records in the late 80’s. He became a valued part of the emerging alt-country movement of the time, and has released 13 studio albums during his 30+ year career. Over the years Henry has collaborated with The Jayhawks and T Bone Burnett, and his song “King’s Highway” was recorded by Joan Baez and Gov’t Mule.

Most recently Joe Henry has become one of the premier producers behind many of Americana music’s top titles, producing records from Hayes Carll, Loudon Wainwright III, Rodney Crowell, Carolina Chocolate Drops, Ramblin’ Jack Elliott, The Milk Carton Kids, and Birds of Chicago just to name a few. Just last week, two albums produced by Joe Henry hit the shelves—Rhiannon Giddens’ There Is No Other with Francesco Turrisi, and Leylines by Rising Appalachia—speaking to Henry’s behind-the-scenes influence and effort on all things folk and Americana.

Amid the diagnosis, Joe Henry has written a batch of new songs inspired by the new perspective on life and death that he performed at the Los Angeles show. Henry said he decided to get back out into the public after watching the Amazing Grace concert film on Aretha Franklin, and felt it would be disingenuous to the public to not say anything about his condition. Expect the new songs to appear on an upcoming album.