John Prine’s “The Tree of Forgiveness” Shatters Sales Expectations, Surges on the Charts 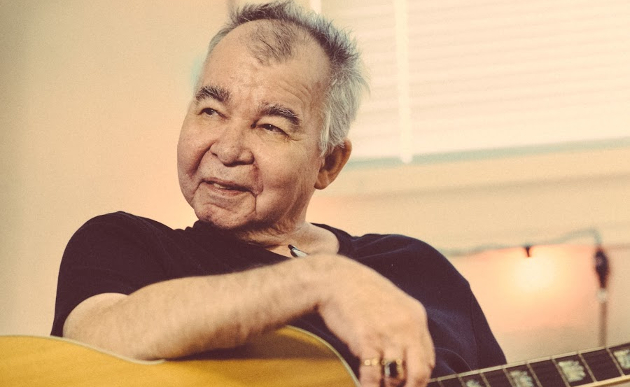 All the headlines this week about album sales will be focused on Jason Aldean, who tops both the Billboard Country Albums chart and the all genre Billboard 200 with his new album Rearview Town. Bolstered by a big win at the ACM Awards for Entertainer of the Year, Aldean becomes the first country artist to top the Billboard 200 in 2018. It’s an impressive debut for Aldean. His 162,000 albums sold is a stout number, and it’s up from the 131,000 units his last album They Don’t Know debuted with.

But a big week from Aldean was expected. What nobody expected was the incredible, and unprecedented sales week from 71-year-old songwriter John Prine. He has jaws dropping and folks taking notice for the sales of his first record of all original songs in 13 years, The Tree of Forgiveness.

Prine has completely shattered all sales expectations, and has put together the best debut sales week by an independent artist in the country space in the modern era. John Prine enters this week’s charts with 54,000 equivalent album sales, and 53,000 total units in pure album sales. This puts Prine virtually parallel with Jason Isbell’s 2017 album The Nashville Sound in album sales and streaming equivalents, and it means he beats Isbell by 2,000 albums in pure album sales. It also beats Sturgill Simpson’s A Sailor’s Guide to Earth (though not officially independent) by 1,000 in pure album sales.

This is also by far the best chart performance for John Prine in his career. The 54,000 album equivalents is not just good for #2 in country, but #5 on the Billboard 200, and #4 in all of music in pure album sales. At 71-years-old, John Prine just had his best sales week since Nielsen Music began tracking and verifying sales starting in 1991. In all likelihood, last week was John Prine’s best sales week of his entire career.

This is also by far John Prine’s best chart performance on the Billboard 200 since Billboard began tracking Prine in 1972. His previous best was #30 for his 2016 duets album For Better, Or Worse. Prine also comes in at #2 on the Billboard Rock Albums chart, #1 on the Folk/Americana chart, and #2 on the Independent chart with The Tree of Forgiveness.

How did John Prine do it? It was multi-level approach by the principles of his label Oh Boy Records who were able to revitalize his career by a dedicated, and well thought-out strategy that has been in the works for years.

1) Through name recognition, John Prine was able to latch on to the same momentum that has been propelling other independent acts such as Sturgill Simpson and Jason Isbell to the top, and has put John Prine right there in the conversation as a modern independent insurgent. Jason Isbell is constantly dropping the name of John Prine in interviews, and Prine was honored by the Country Music Hall of Fame right beside Isbell in their “American Currents” display.

The same goes for Sturgill Simpson who recently toured Ireland with Prine, and the two shared a tour date at Radio City Music Hall in New York coinciding with the album release. Sturgill also shares an office with Prine in Nashville, and Simpson showed up to support Prine on his recent appearance on The Late Show with Stephen Colbert. So did Brandi Carlile, who is also playing a pivotal role in the independent roots resurgence.

2) John Prine is peaking at the right time, and right when he was ready to release his first original album in 13 years. After the recent passing of many other legacy songwriters, John Prine is being ensconced as the greatest living songwriting legend in roots music. Last year at the Americana Music Awards, Prine won Artist of the Year.

3) John Prine’s The Tree of Forgiveness is the latest record to benefit from bundling ticket sales with album sales. Certain attendees at recent shows received a copy of the record for purchasing the live ticket. This is a practice that is being employed by many mainstream acts to help drive album sales. In the case of Prine’s management, they said if it’s good for the goose, it should be good for the gander. Some folks are too stingy these days to pay $10 or $15 for a CD, but are more than willing to drop 3 figures on a live ticket. So by bundling an album with a show ticket, they’re able to drive sales of physical and downloadable copies of albums.

4) John Prine’s son Jody Whelen, Eileen Tilson, and everyone at John Prine’s label Oh Boy Records distributed via Thirty Tigers have just proven how research, understanding of the marketplace, and persistence can pay off in huge dividends when implemented correctly. And now that Prine has shattered sales expectations, they have moved on to making big waves on Spotify in hopes of putting Prine in front of even more people via streaming services.

What John Prine has done here will be studied, and should be studied by all independent labels and management companies of how to maximize sales and chart performance in the modern era. And the biggest achievement has nothing to do with sales or charts or the business of music at all. Through their efforts, the music of John Prine is finding its way to more ears that ever, and this will have immeasurable value in the hearts of listeners, and the influence on other artists for years to come.