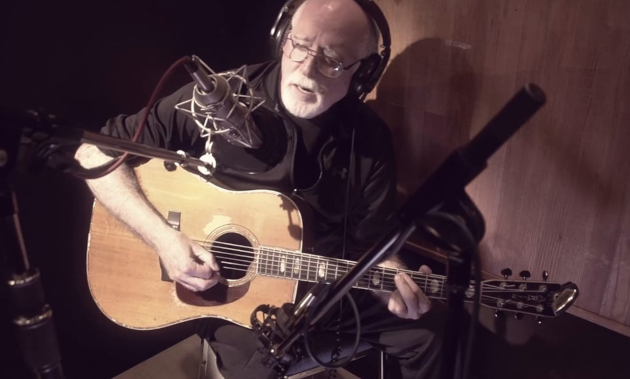 They were seldom scene, but they were wildly influential. And that’s how five men who accidentally formed a bluegrass band went onto help form the sect of bluegrass music known as Newgrass, and now another one of the founding members is picking and grinning on that back porch in the sky.

John Starling didn’t set out to be a world-renown bluegrass musician, though growing up in Durham, North Carolina and learning how to play bluegrass guitar, it can’t be too surprising that’s where life took him. But his primary passion was as a physician and surgeon. Happenstance is what led him to becoming a legend in bluegrass circles, and eventually to being enshrined in the Bluegrass Hall of Fame.

After medical school, Starling joined the military and deployed to Vietnam as a field surgeon. Upon returning he pursued his residency at Walter Reed Medical Center in Bethesda, Maryland where he met a banjo-playing mathematician named Ben Eldridge, and a graphic artist named Mike Auldridge, and they began jamming in Ben Eldridge’s basement just for fun. Together with former Country Gentlemen members John Duffey and Tom Gray, Seldom Scene was eventually forged, owing the name to another former Country Gentleman, Charlie Waller, who saw the prospects of the band as frail at best.

But it was the local nature of Seldom Scene that helped make them so cool throughout the bluegrass world, and made Washington D.C. an unexpected haven for bluegrass music. While all working regular jobs, Seldom Scene started playing professionally at a small club called the Rabbit’s Foot in D.C. before beginning their legendary residency every Friday night at the Red Fox Inn in Bethesda. They held court at the Red Fox from January 1972 through September 1977, later moving to The Birchmere in Alexandria, Virginia for regular shows. Emmylou Harris, who started forging her own career while living in the Washington D.C. area, was one of many big names who helped spread the word about the band.

As the frontman and guitar player of Seldom Scene, John Starling released seven albums with the band on Rebel Records before deciding to leave to focus more on medicine in 1977. Starling worked as an otolaryngologist, or Ear, Nose, and Throat specialist. Even after he left the band, Starling still participated in the bluegrass scene, briefly rejoining the outfit when his replacement Lou Reid left when they were signed with Sugar Hill Records. Starling also released a couple of solo albums in the early 80’s on Sugar Hill while Seldom Scene went on to become one of the most popular and well-recognized bands in the Newgrass movement. Starling also played guitar and worked as a musical consultant on 1987’s Trio album combining the talents of Emmylou, Dolly Parton, and Linda Ronstadt, and sang backup harmonies for Ronstadt on her 1995 record Feels Like Home.

While still working as a doctor, John Starling won a Grammy for Best Bluegrass Album for Spring Training with Carl Jackson in 1992. After retiring from practicing medicine in 2006, Starling formed the Newgrass band John Starling and Carolina Star. In 2014, the original lineup of Seldom Scene, including John Starling, was inducted into the Bluegrass Music Hall of Fame. Seldom Scene continues to regularly record and tour today.

John Lewis Starling was born on March 26, 1940. His son Jay Starling is also a musician, as is his former wife, Fayssoux McLean. It was reported in mid February that John Starling was very ill, and had been moved to hospice care. He died of congestive heart failure on Thursday, May 2, 2019 at his Fredericksburg, Virginia home. He was 79-years-old.

“It is with a broken heart that we announce the passing of our beloved co-founder, John Starling,” Seldom Scene said in a statement. “John was an incredible musician, doctor, friend and mentor, and he will be missed more than words can describe.”