Josh Turner Speaks Out Over Delays in New Music 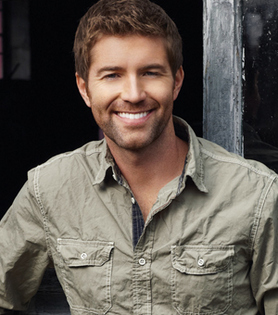 In mid November of 2015, Saving Country Music took a deep dive look into why it has taken so long for MCA Nashville-signed traditional country artist Josh Turner to get new music out to the public. Turner released the debut single from the new album called “Lay Low” all the way back on September 15th of 2014. His last record, Punching Bag, was released in June of 2012. A private listening party was even held for the new record on November 3rd of 2014, with the idea that the album would be released in early 2015. However here it is early 2016, and there’s still no release date or word on when the new album may be coming out.

Unfortunately, in the vacuum of any hard information on what is happening with Josh Turner’s career, fans have been left to only speculate. Turner himself hasn’t said much on the subject either, except for in September of 2015 when he said, “I’ve been working on this record for about 60 years now, it seems like anyway. Nobody is more ready to get it out there than me. We’re hopefully going to have a new single out in the next month or two, and hopefully we’ll get it out sooner than later. I’ve been going back in, making some last-minute changes and making sure everything is right.”

However in December, Josh spoke to the Albuquerque Journal, and went out of his way to reassure fans that the delays were not on his end, and once again he explained that the lack of new music is out of his control.

“If it were up to me, I would have had an album out in 2013,” Turner says. “There have been a lot of business issues that have popped up and I’m just pushing forward. The new music is there and I want to get it out to my fans … The fans have been pretty anxious. Then I have to remind them that this is a business and there are a lot of things that I can’t control.”

The music for Josh Turner’s new album is done. However his label, MCA Nashville, appears to be doing everything the can to either drag their feet, or ignore Turner, until either he decides to record more commercially-acceptable music, or some other resolution can be found that will assure MCA’s bottom line is protected. When artists find themselves in these such scenarios, it sometimes can be a career killer, while frustrated fans are left in the lurch, and an artist is not allowed the free flow of his music to the public.

Josh Turner’s music deserves to be heard by the public. MCA Nashville should either release the music, or release Josh Turner and his album to seek a more compatible label and willing partner in his career.